Chelsea Victorious at Last Sunday's Miles on the Mohawk, Jim was Triumphant as Well

Hi Folks, Jim Miner reports that Chelsea won her 10 mile event in Schenectady last Sunday. Her time was 58:18. There were 2 women from NYC less than a minute behind her.

Hearty Congratulations to Chelsea and Jim

And I notice that just two places ahead of Chelsea was a Zachary Predmore. I was curious if he was related to Dan Predmore, who won the Ithaca 5&10 a number of times in the 1980s, sometimes beating his Cornell teammate and Olympic marathoner, Pete Pfitzinger. I found this great article from the Ithaca Journal in 1981 that mentions Dan’s win (use the + button to zoom it to readable size). 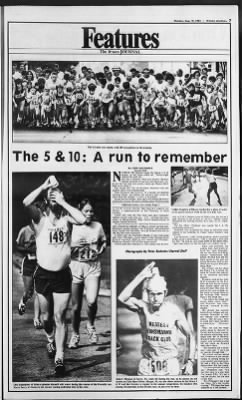 I was in awe of Dan and Pete when I was running FLRC races in the early 1980s in high school, and I had the pleasure of meeting Dan during a warmup jog for a PGXC race some years ago and somehow figuring out who he was and getting to talk with him for a bit, so I knew he was living roughly in the Hudson Valley. An awfully nice guy. (And yes, I finished ahead of him in that XC race, which made my inner teenager just a little happier with life.)

A quick Google search later and indeed, it seems that Zachary is Dan’s son, and he was a standout runner in high school and college. It turns out the entire family is super fast. 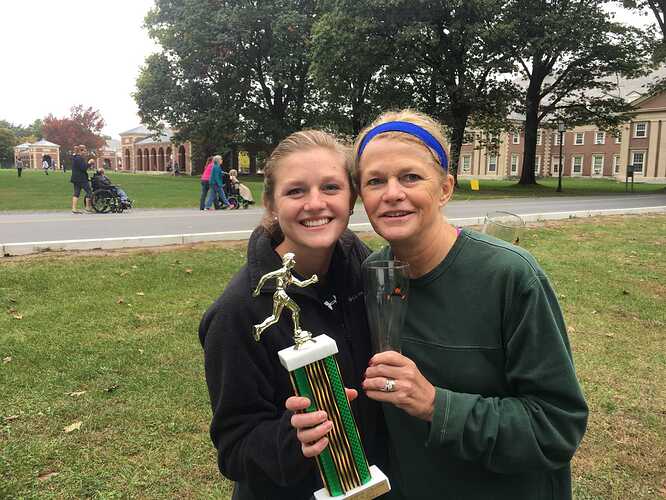 All In: Catching up with Ellen Predmore and the first family of Troy's Turkey...

Running records are made to be celebrated and eventually broken. It's especially...

We now return you to your regularly scheduled programming.

Thanks everyone, and congrats to Jim. I thought I saw him at one point during the race when marathoners and 10 mile runners crossed paths for a few miles.

Albany Running Exchange (ARE) always puts on great events and this was no exception. It was point-to-point and mostly on a paved biked trail. They had waves and started 8 runners at a time every ten seconds. I joined the third set of 8 runners when one of the guys said he wanted to run 5:45-5:50 pace (perfect!). A group of woman from the Central Park Track Club who I thought would want to run that pace, said they were more in the 6:00 pace range, so opted to start with the group of men ahead of them and was the first woman off the line.

I ran with a group of 4 men for about 4 miles which slowly whittled down to a guy named Dan and myself. Dan was a 2:23 marathoner in his prime (late 2000s). Ironically, we are both 38 and I am in the midst of my prime, or at least I hope. Dan was good company and we passed a guy from our start group with about 2 miles to go. Then Dan took off and my 5:45 pace wore on me running solo. Couldn’t make myself go into the pain cave, so I fell off my goal of 5:45 and averaged 5:50. Not a shabby day.

Perfect running conditions (50 degrees, no rain until we finished, and little wind). Courtney Martin raced as well and was the 7th woman overall, winning her age group and running 1:02:59.

Now I am on my mandatory 10 days of zero running, which sounds great but is hard after a few days! Next up is fun on the trails (probably no racing, sorry!). Then turning my attention to the Philly Marathon and either Hartford Half or Boilermaker as a tune-up.

Kind of an odd approach with such small waves. Do you think you’d have had more people around you if there had been a normal mass start? I usually end up running by myself or one other person too, but in much smaller races.

Albany Running Exchange (ARE) is the group that has timed the Finger Lakes 50s for many years (probably at least the last 10 years or so). I would agree with Chelsea – they do a great job with their events being very entertaining and accurate timing. Great group of people at ARE!

And congrats to Chelsea and the others who ran the race!

I think the first 1-2 miles would have been a larger pack, definitely. But I think it would have spread out in the same way after that.