MITHACAL MILERS XC workout on Tuesday, 9/13 at 6 PM at the Cornell Botanic Gardens

With many of us having run yesterday’s first PGXC race on Sunday, we’re going to stick with a fairly simple workout: Pond Loops, which work out to about 800m of effort at I pace and 200m of recovery. We’ll start on Arboretum Road by the parking area, run a hard pickup around the ponds past the start to the pond bridge (blue line below), and then jog back to the start on the trail (red line below). Slower runners can take the shortcut in front of the ponds to make the amount of pickup time approximate the faster runners’ times. During the jog back to the start, we’ll regroup. 6-8 repeats, depending on your weekly mileage. 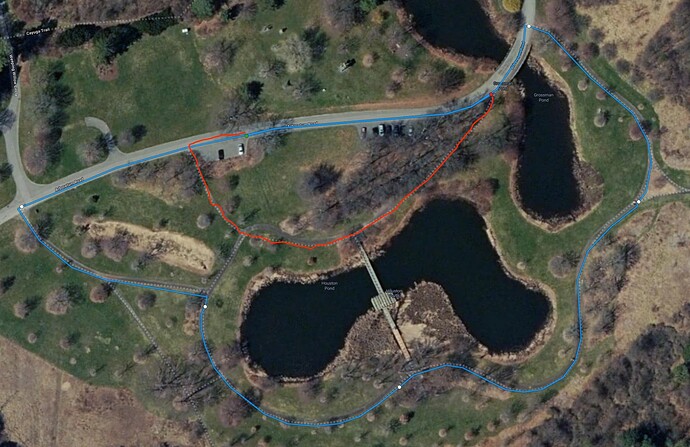 The workouts are free and open to all FLRC members, but everyone must sign an online waiver once for 2022. It’s the same as for the FLRC group runs, so if you’ve signed that one this year, no need to do so again—check Webscorer to see if you already signed.)

Any questions? Hope to see you on Tuesday night!

These look like so much fun but I wouldn’t be able to get there until around 630pm on Tuesday’s. Would it be worth coming that late or would you be almost finished by then?

6:30 is on the late side, @Jami_Landry, but @Marschmi also has to come late, and I think you and she may be fairly compatible in pace. Why don’t you give it a try this week and see how it works out? We start running at 6:00, but with the 10-minute warmup and regrouping for the first rep, we probably don’t start the actual workout until 6:15. Just make sure you ease into things if you don’t have time for a full warmup.

Forecast and radar look tricky for tonight at 6pm - we’ll run in moderate/heavy rain, but not with close by thunder or lightning. @adamengst is on a call right now - possibly we would want to run a little later tonight after the storm has passed. Stay tuned here…

I got here early to get some extra miles and heard some thunder 5ish minutes ago. Thought I saw lightning when I was driving but couldn’t be sure. It’s raining pretty good right now.

I really want to run tonight, so if we don’t have the workout at six, I will probably come do it a little bit after seven. The forecast radar suggests that it will be over by then. Adam is still on his call, but if something doesn’t change about the radar map in the next five or 10 minutes then I think we have to cancel or postpone a 6 PM work out. I live close to the botanic Gardens and it is raining and thundering here in a gentle way.

The plan for now is to postpone tonight’s workout until 7:15PM. It looks as though all but a few sprinkles will be over by then. Thanks to @heathercobb3 for helping me decide. 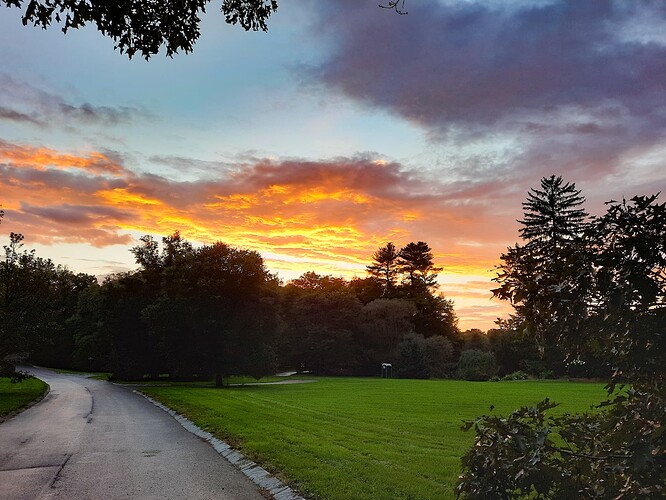 Man, it’s been a tough set of Tuesdays with regard to rain. @tonya and @heathercobb3 decided at 5:45 that the better part of valor was to postpone to 7:15 since I was on a podcast that couldn’t be interrupted beforehand and it was absolutely teeming out, plus thunder and lightning.

But when we got there at 7:15, @patrickmilano and @pjboyle26 and @Banyan_Tree and @stairmaster were just finishing their cooldown, and @Tristan_Lambert and Oliver had been there as well, making for a good group. And they didn’t even get rained on! The first storm had passed just before 6:00, and the second cell that was tracking to hit us skewed north. Sigh.

@amalia and @Joesene_Soto joined Tonya for the second workout, and I walked with Heather after my ankle informed me that I’d run too hard on Sunday.

So the moral of the story is that we’ll meet at the Botanic Gardens at the originally specified time unless there’s at least a hour’s notice to cancel or postpone. Sorry for any confusion, but do remember to come check the forum for any schedule changes—do NOT rely on email notifications for timely news!