A tribute to a local running legend, Joseph Reynolds

A tribute to a local running legion, Joseph P. Reynolds

Some called him Coach Joe, to others he was known as Big Bad Joe, Mr. Reynolds, Joey, Joe Joe, shit for brains, or the man with the cow bell. One thing is certain, no matter what name he was known as he was always there. Joseph Pierce Reynolds, 77, of Newfield, NY peacefully crossed the finish line of his life on Saturday, June 4, while at home with his wife Christine, daughter Morgan, and son Joseph by his side.

Joseph was the third of seven children who grew up in Sherburne, NY. He attended St Francis High School in Hamburg, NY, then proudly served in the US Navy. He earned a degree in food services and went on to manage numerous college dining halls. The favorite part of his career, and arguably his best work, was as a teacher at the Greater Southern Tier BOCES in Coopers Plains, NY. It was here that he guided high school students to learn best practices for food businesses and for life.

Following his career, he turned his efforts and attention to running and the running community. He became known among runners throughout the NYS Southern Tier and Finger Lakes regions as an accomplished Masters Runner. He ran fast mile races on the track, completed countless marathons and ultramarathons, bounded through forest trails, and coached young and old. Fearless, steady, full of energy and stories, he set and met endless athletic goals. He dared those around him to reach farther, try new things, and follow along in his antics. He cheered the loudest at their successes, often with the help of a notorious cowbell, and laughed the hardest when his dares turned out to be terrible ideas. He and his wife Chris shared their mutual passion for the sport. They ran miles and miles side by side; they organized races; they volunteered in the Finger Lakes Runners Club, both serving on the board for many years. It was Joe’s idea to move the Finger Lakes Fifties to the National Forest in Hector NY where it grew in reputation and popularity, becoming one of the Finger Lakes Runners Club signature events. The Finger Lakes Runners Club Scholarship Program was another one of Joe’s brilliant ideas. He presented the proposal to the board with great passion and conviction on the merits of the idea. He convinced a doubtful board the scholarship had value and would provide a legacy by supporting youth running in a way it had not in the past. Joe was a strong advocate of all types of running for all types of people. He believed in equality and diversity before it was a popular idea. He appreciated a crude joke, bathroom humor, a crossword puzzle, a tasty donut, the innocence of a child, the wisdom of the elderly, a good pair of running shoes, a well-marked course, a conversation with a friend and possessed the ability to talk to and with anyone.

His final race was against an aggressive brain cancer. He towed the line calmly and confronted the challenge as “Gentle Joe.” He graciously accepted the loving care from his wife, the homemade pies from friends, and the visits from both friends and family. He finished this life with a legacy of strength and love. He will be dearly missed.

A funeral Mass and celebration of Joseph’s life will be held on a date to be determined.

In lieu of flowers, contributions in honor of Joseph may be made to the Finger Lakes Runners Club Scholarship Fund, the Tompkins County SPCA or any non-profit (or person in need, for that matter) that would benefit from your support.

Note: parts of this tribute were taken from the obituary written by Joe’s daughter Morgan.

A lovely tribute to a great guy, @Lorrie_Tily, thank you.

Joe has been a fixture in the running community for years, and I always enjoyed bantering with him at races, where he was seldom serious until the gun, at which point he always dug down and ran hard to the finish. I poked through the last few years of races in the FLRC Photo Library to find photos of Joe, and here are a few that give a pretty good sense of the Joe I knew.

Before the Hartshorne Masters Mile 2020 (with Harland Bigelow) 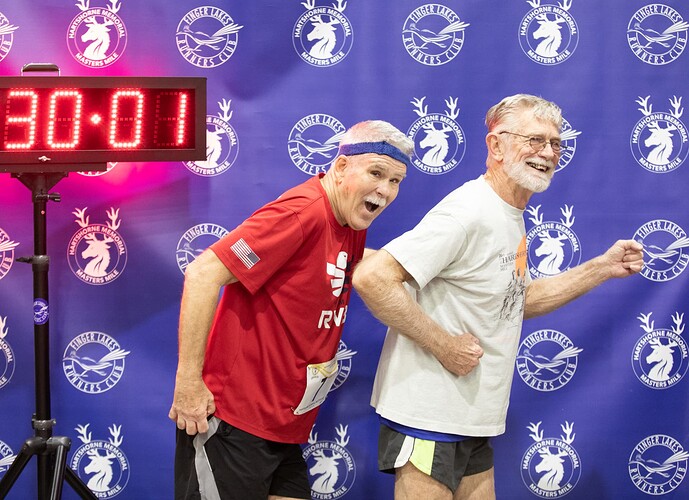 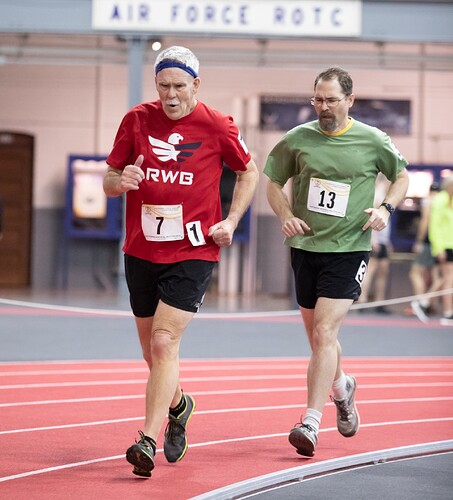 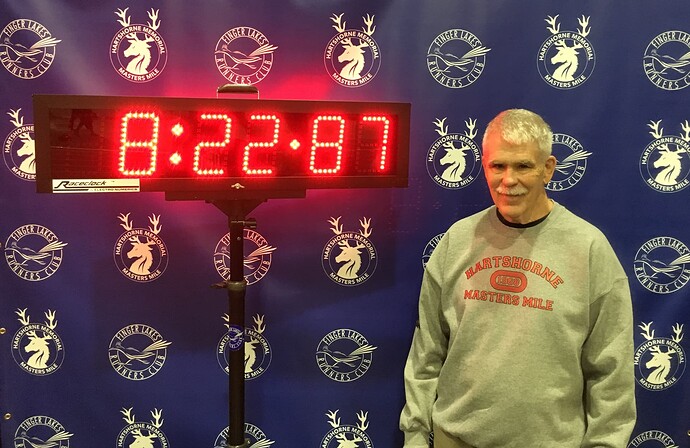 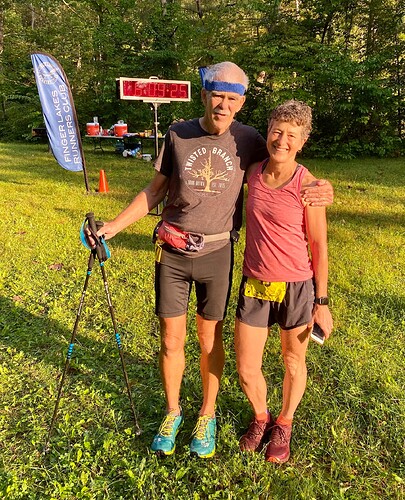 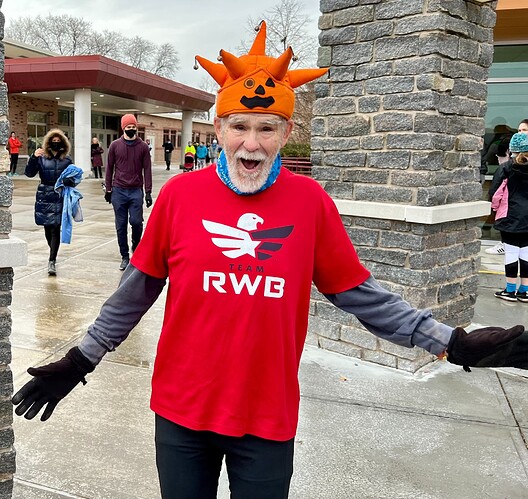 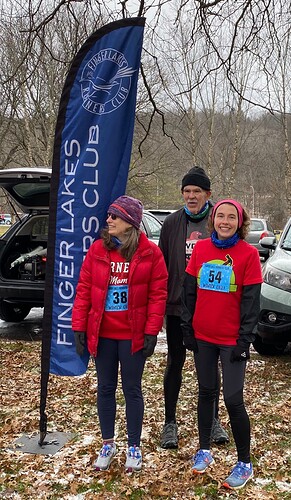