I’d been working up to being able to run higher mileage all year, but since I seem to have a bad case of One Damn Thing After Another (currently the right foot/ankle, and after Friday, my right knee), I was forced to do some significant hiking for the Lick Brook & Treman FLT course on July 23rd, where I ran 3.5 miles with @crosby.woods and then hiked the rest, and then again today, when I wanted to get the Brookton Hill & Dale course done before we leave for vacation for a week. There was time to do it after we got back, but not much, and I saw no reason I’d necessarily be able to run it then either.

So I got up early and started a little after 8 AM. I opted for the clockwise direction, which provided nice shade for the first 5 miles, though much of Coddington and Middaugh were in full sun. Going up Vandemark was particularly scenic, though the entire course was pretty. I didn’t see any other Challengers out there, but a few drivers waved enthusiastically enough that I thought they might have recognized the shirt. 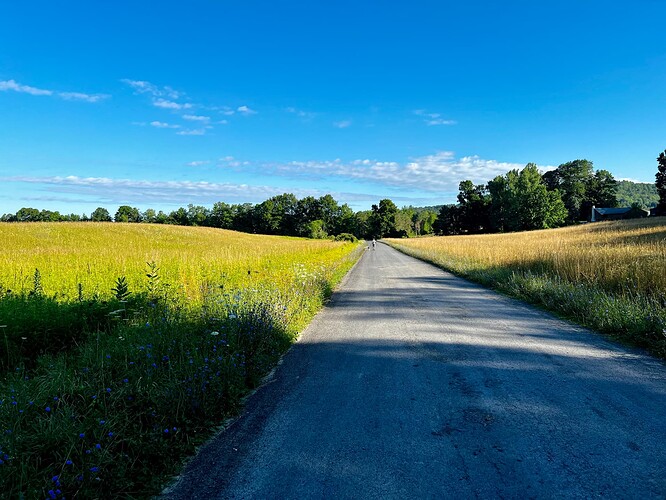 Rather than run first and potentially have to hobble the rest, I started off walking, with the plan that I’d run the last 3 miles if I was feeling OK. I’d worn some old double-layer Wright Socks that had holes in one layer and the left one started to give me a blister on my heel within the first mile. It took a few stops and fiddling to figure out what was happening, but once I switched socks, it didn’t get worse. Still, I felt it on each left foot strike unless I scuffed slightly so my foot moved forward in the shoe. Once I hit 7.5 miles, I started to jog, which did nice things to my pace per mile (about 15:00 for walking, but 16:00-something due to the stops, but dropped to 13:40 by the end). The right foot/ankle held up OK for the running, but my right knee started to hurt toward the end, particularly with camber on Brooktondale Road at the end.

I enjoyed being out there, but I would have been much happier without the left heel blister and if my right knee hadn’t started to hurt during the run part. Luckily, I have some Hydro-Seal blister bandages, which are fabulous, and I’m hoping the knee chills out with a few days off such that I can do the group runs on the 13th and 14th to finish off the Challenge for the year.

And the socks went in the garbage as soon as I got home. 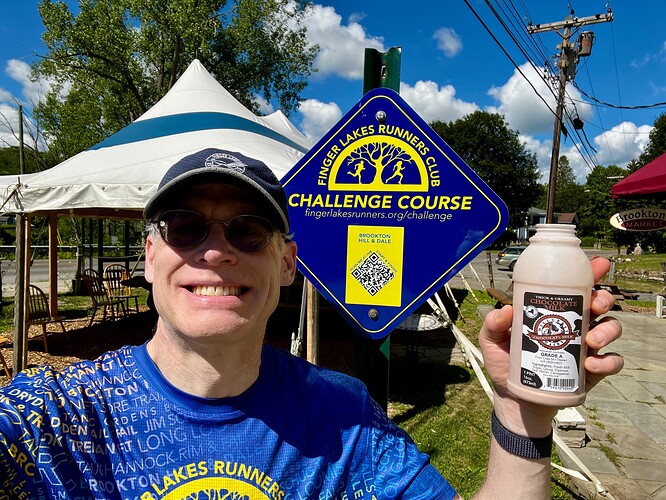 This morning’s group run gave me the motivation to do this course one more time (thanks @heathercobb3!). My legs were tired from a workout yesterday but I managed to run what is currently the 9th-fastest time.

I got a great post-run breakfast from Brookton’s Market and enjoyed it while chatting about running with the rest of the group.

With the Heat Advisory posted today I was hoping to start earlier but 9:00 was the best I could do. In the morning, a good bit of the route is in the shade. Annoyingly and amusingly, I had “looking for shade in all the wrong places” going through my head as I found myself in a sunny section of road, scanning for the next shady section ahead. A light breeze was super welcome this morning making the humidity bearable. Enjoyed the variety of terrain on this course after the dead flat and straight Jim Schug Trail on Saturday (although that is super pretty!). I can tell that I’m now reasonably trained up to the 10K mark, but going beyond that distance is still a bit of a push.

As with so many others, the logical choice was to step into Brookton’s. Took me 10 minutes of profuse sweating before I dared do so, however, and wow was that AC cold! Decided to sit under the tent to enjoy the recovery drink of champions–thick, creamy chocolate milk from Hillcrest Dairy! And wash that down with my second coffee of the day! 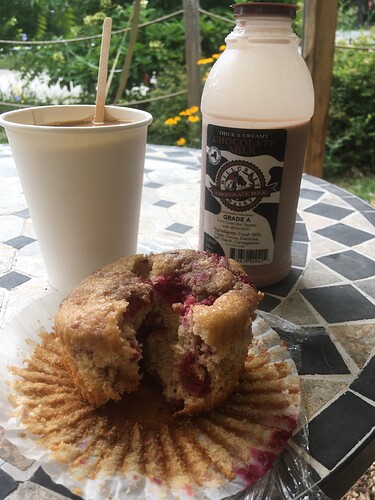 Looks like I just missed you by an hour! I parked and started running around 10 am!

With three more courses to go (plus the Sweet 1600), and less than two weeks before my 100K, and considering the weather forecast for the area this week, AND the Challenge deadline looming, I decided Monday (yesterday) would be an ideal day to tackle the three courses in one go. That would equate to over 24 miles of running for the day and would be my last “long effort” of some kind before my race. And it would feel really good to get these done.

Of course, the “ideal” day was also one with another heat advisory. So it was going to be a hot one. I packed the cooler with over 100 ounces of water and Tailwind, sliced peaches, a banana, and a Macrobar.

After dropping the girls off at camp, I drove to Brooktondale and promptly started. I had originally thought about starting my day around 7:30 am but the weather seemed questionable until I woke up that morning. Instead, I started my run around 10:00 am, about when Jim Hodges was an hour into his run on the course!

This was a beautiful run.

I love long runs on rolling hills over country roads.

The scenery was absolutely stunning, with so many wildflowers along the road (if anyone knows the name of the one pictured, do let me know!), old structures, and so many birds. Passing clouds kept me shaded for most of the run which was appreciated. 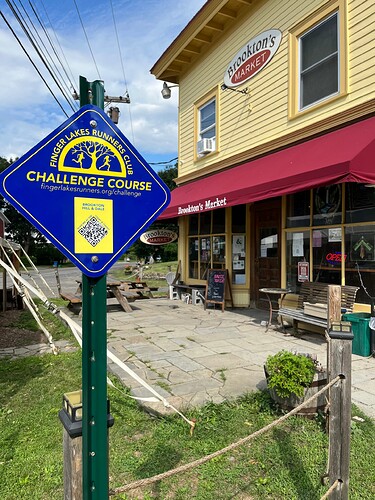 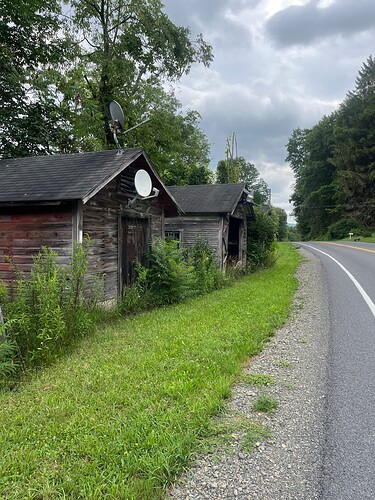 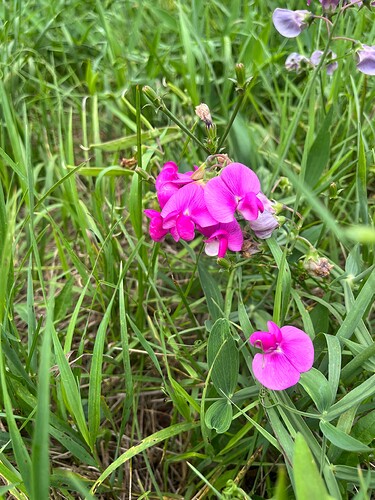 I stopped in the market before the run, but by the time I finished my run, I needed a restroom.

So unfortunately, I did not purchase any treats at the market (or take advantage of a free coffee

), but what I did do was stop by the Six Mile Creek winery on my way to the East Hill Dryden Rail Trail. They were open, have nice bathrooms, and importantly, wine. While there, I was able to ask about the wine barrels and aging process but was not quite satisfied about how gluten-free their wines would end up being for me, so I grabbed Jeff a beer. I did want to make a purchase of some kind. The girl who helped me was really helpful.

One could say that Jeff is doing a Beer Challenge. He has enjoyed tasting some of the new varieties I’ve brought home. 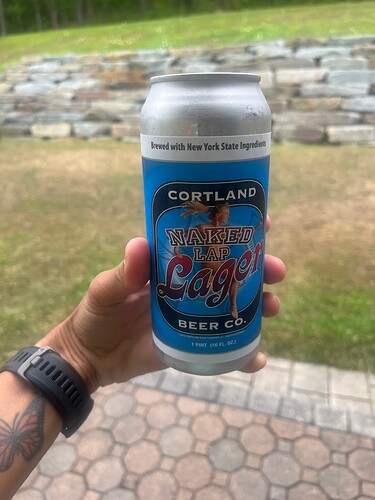 I saw that later, yes, we just missed each other. I bumped into a friend sitting in the tent out front and didn’t leave until almost noon. So, I bet I just missed you on the other end of your run. I am so impressed with your three runs yesterday. I felt accomplished with just one, a long for me at this point. Enjoy your Sweet 1600 to finish things off! I may do mine today and then have LB/Treman on the schedule for Thursday. Best wishes on your 100K.

Thank you, Jim! I was so focused on scanning the sign and finding a bathroom you may very well have been sitting under that tent while I was back at that sign lol! Darn coffee!

You should definitely feel accomplished with this run. It’s a great one too. And enjoy your time at Lick Brook and Treman, definitely a beautiful run.

Ha! I didn’t see your picture before making my own excellent choice of post-run recovery elixir yesterday!

if anyone knows the name of the one pictured, do let me know!

The scenery was absolutely stunning, with so many wildflowers along the road (if anyone knows the name of the one pictured, do let me know!),

It is almost certainly a sweet pea, but the app to get if you’re curious about plants is Seek. You can just point your phone camera at the plant to identify it. 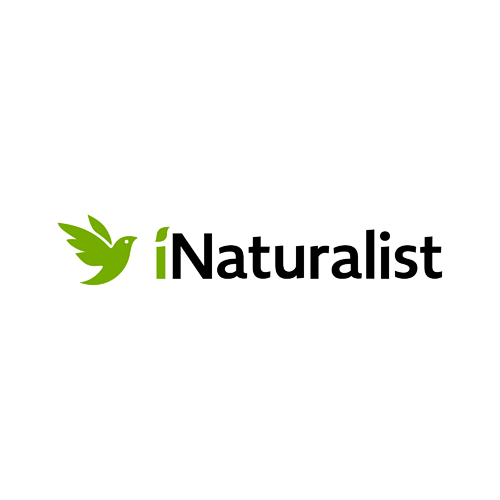 My mother-in-law had mentioned an app and I believe this was it. Thanks @adamengst!