Again, sorry for the late recap, @pgxc-flrc and @pgxc-high-noon—COVID exhaustion has been kicking my butt all week. Last Sunday’s home meet at TC3 was big fun in great weather, and we received numerous compliments on Charlie Fay’s course, including this comment from one of the top finishers in the race:

I’ve been running the PGUNYXC Series since I moved here from RI ten years ago, and the TC3 course was quite possibly the best manicured and marked course I’ve seen in that time. If you could pass on my regards to whoever set up, their attention to detail was noticed and very much appreciated. TC3 was a challenging course but I would 100% vote for it to remain in the lineup. Well done!

Full individual are available on RunSignup—I can’t find a public link to team results at the moment. With Jamie Love away again, I captured some photos of the race.

We once again had two team wins in this race! Even without top runner Banyan Love, the FLRC U19 team beat two Syracuse Track Club teams with Ben Lambert, Rahmon Daily, Oliver Lambert, and Aubrey Towle running 2-3-4-10 to win by 3 points. 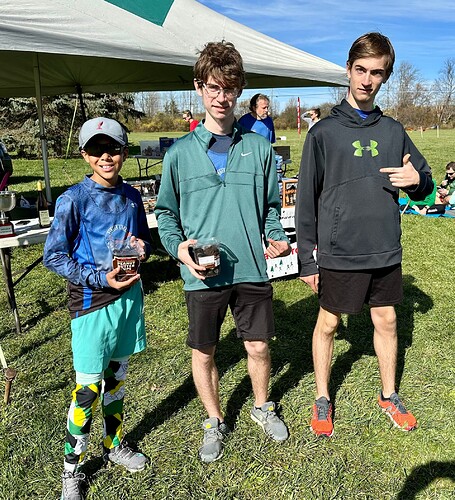 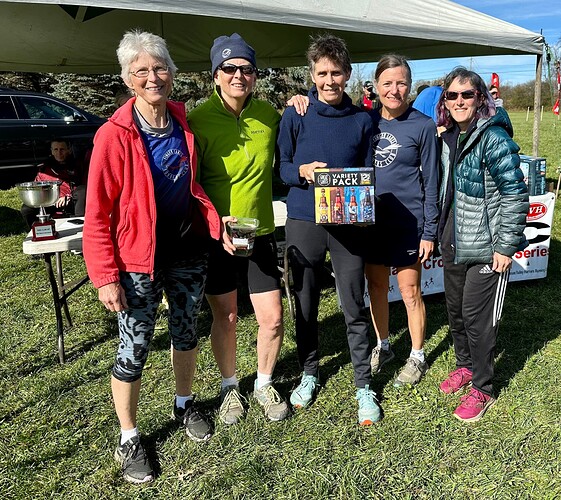 As far as our other teams went, we took a lot of third- and fourth-place finishes. 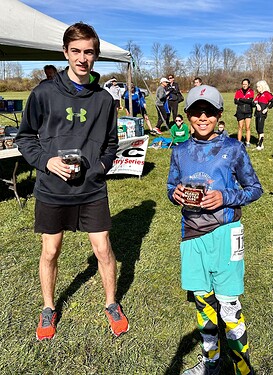 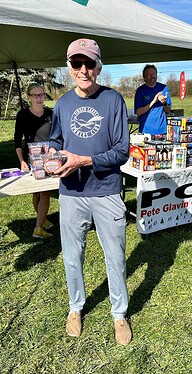 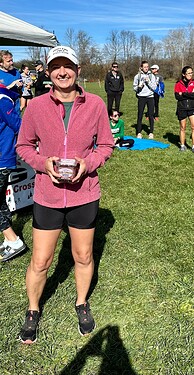 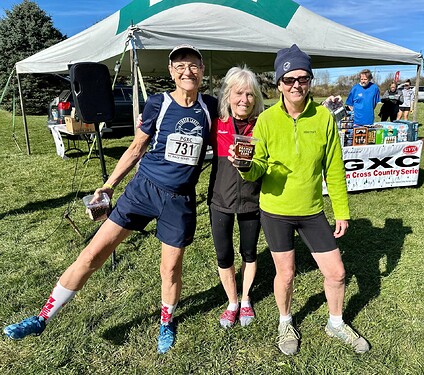 The championship race is tomorrow!