I know lots of people who are dealing with high hamstring pain, usually where the hamstring tendons attach to the pelvis at something called the ischial tuberosity, or more commonly, the sitz bones. I’ve had problems here ever since slipping in mud years ago such that my left foot went forward and put me in a split position. Not good. I’ve had the most luck with sitting on tennis balls for massage of the area and a variety of stretches and strengthening exercises. I’d definitely recommend working with a physical therapist on this one.

For some initial background, this article seems pretty reasonable. Weigh in with what you’ve experienced and how you’ve treated it, and we’ll compile the best recommendations here. 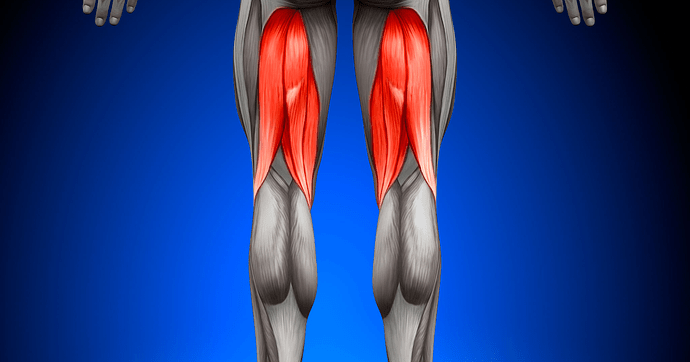 Proximal hamstring tendinopathies can be very sensitive to the compression position, which for that area is basically sitting on it (think of the sore spot when you’re on a bike for a long ride after you haven’t been on in a while) or flexing the hip past 90 degrees. The hamstring often gets overloaded or aggravated during the eccentric portion of it’s activity- that is as the muscle is contracting while it’s getting lengthened. This happens most at the very end of our swing phase before the foot comes back into position for initial ground contact.

We usually think of the hamstring as having two primary actions: extending the hip (along with the glutes) and flexing the knee. The rehab generally targets both of these, although there’s large variations in what can be symptomatic with a proximal hamstring tendinopathy. I’ve had patients be able to load into deadlifting or hip hinging positions well before isolating the knee-flexion component (hamstring curls or hamstring bridges). It’s pretty much just a good idea to load the hamstring both ways. As it gets closer towards end-stage rehab, mixing some jumping or plyometric exercises in to prepare the hamstring tendon for the stretch-shortening demands of running is generally a good idea.

So there you have it, in 5 or 6 posts I have pretty much described my life as PT.