I have missed a lot in my couple year lapse from competitive running.
Elites are now using Nike shoes that actually a combination of spike AND carbon plated shoe for track races. This is insane! I wonder how much heavier they are compared to regular spikes and if the plate makes as big a difference on the already bouncy rubber track. Has anyone run in these?

I’ve just started hearing about them too. They were just used in the world records set this week in the women’s 5000m (14.06.62, by Ethiopian Letesenbet Gidey) and the men’s 10000m (26:11 by Ugandan Joshua Cheptegei, breaking Kenenisa Bekele 2005 record by an astonishing 6 seconds). 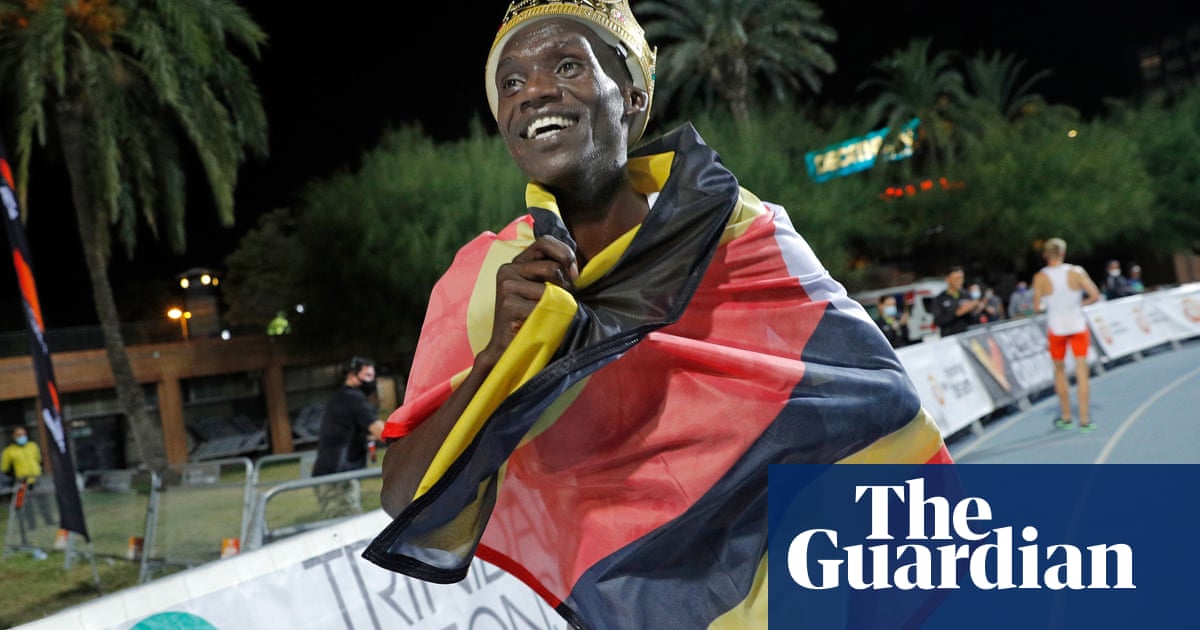 @Ian, has anyone requested these at the store yet?

At this point, it seems clear they work, as non-intuitive as that seems. I have to assume that Nike’s scientists are somehow tuning the carbon plate for the standard track surface.

I don’t think we get virtually anyone asking for Nike shoes at all, even given their rise in popularity with the 4% project these last couple of years. It’s possible that Nike fans know that we don’t carry them and just don’t come in for shoes. But, I think more than that, I think that many a Nike customer is also one who isn’t really committed or even interested in shopping local. Nike as a brand is one who is outward about their commitment to a direct-to-consumer model and margin, and hasn’t been supportive of local or brick and mortar shops (outside of their own stores) for at least the past couple of decades. This also goes both ways. There are some run shop owners who really like Nike, and stick with them. But many of us long ago got a taste of Nike’s inside and relations, seeing that they pretty much only care about Nike even at the expense of customers (which you’d think wouldn’t even really make sense or be sustainable), and moved away from supporting or working with them.

It’s also the reality that the running population is becoming increasingly less competitive in nature, more after the challenges and experiences, but not competition per se, which would tighten the market for competition-based product like spikes even further. Whereas we might be selling some spikes this month for team business, COVID knocked that out, and aside from a couple for TC3, we haven’t had anyone in for spikes.

So, long winded way to say, no, we (at least I) haven’t had anyone in for either Nike or Spikes.

I think Saucony’s Endorphin series is one that is less outlandish that the Nike carbon designs, a bit less expensive, a bit more durable, and a bit better for day to day vs race efforts and done quality. Even for those though, we’ve sold a handful of pair, but the average runner isn’t aware, interested, or in need of the carbon models.

Fascinating. I’ve never been a Nike fan, both from the corporate standpoint and the way they feel on my feet, but I hadn’t realized the extent to which the company is focusing on direct-to-consumer.

Very interesting. I’ve worn Nike shoes a few times because only Nike and Saucony have size 5s that are small enough for my tiny feet.
I’ve also seen some of my friends choose to wear carbon-plated road shoes for track races instead of spikes (I guess this was before the hybrid spike). This really surprised me!

The Alphafly and Vaporfly seem too high and ungainly to work well on at least an indoor track; perhaps the turns are wide enough on an outdoor track. @ChelseaB, @ellie-pell, did you ever try yours on a track?

I haven’t worn the Vaporfly on a track, mostly because I hardly ever race track! That said, I don’t own a pair of spikes, so if I was going to race on a track I would probably wear them. I wouldn’t be super excited about wearing them indoors as the shoes don’t corner well. World Athletics updated their shoe rules to prohibit high stack carbon-plated shoes on tracks. Not that that applies to us amatuers, but just throwing it out there!

Problems cornering was exactly what I was thinking might fail. It’s interesting that World Athletics still caps the stack height at 25mm (instead of 40mm) for cross-country and track, although it sounded from your link that they’re just trying to prevent changes until after this Olympic cycle.

I sprained my right ankle badly while wearing Hoka Cliftons in Barton Hall a few years ago. I think what happened is that I touched the rail with my left foot, stumbled onto the right, stumbled back to the left, and then put the right down on the edge and tipped over (and fell). I can’t remember exactly which model of the Cliftons were involved, but they have a stack height of about 30mm. So going up another 10mm would feel like running on platform shoes.