Picking up trash on runs

In the past I have also done a few Tuesdays for Trash runs, collecting neighborhood trash into a plastic bag along my route.

At various times in the past few years when I’ve been running, I’ll pick up trash on Ellis Hollow Creek Road as well, at least until I can no longer hold it all. It’s simultaneously depressing and rewarding. I just get so offended by the crap people toss out of their cars. My last haul sometime this fall: 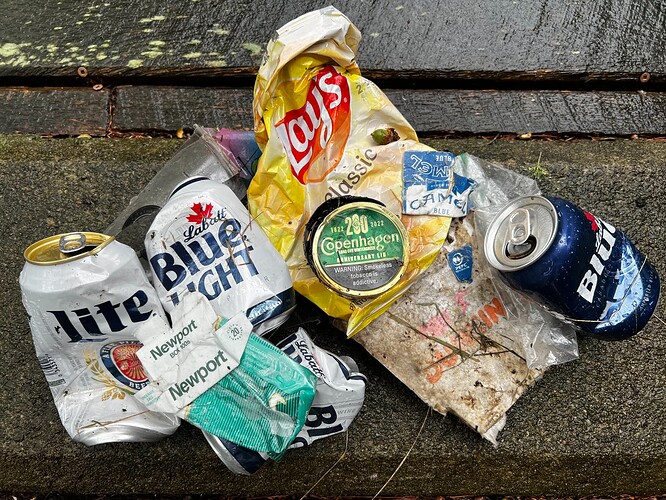 I’ve long pondered the idea of having a group trash run in the spring when the litter emerges from the snow. Or maybe after Skunk so we could also get any Gu packets and other stuff runners have dropped in the race since that trash does feel like our fault.

Anyway, just the Good Idea Fairy talking, but maybe we can make it happen as a group sometime.

I agree @adamengst it’s both rewarding and depressing all at the same time.

One run in particular started as a regular run and ended as a trash run… Would you believe a plastic bag was floating through the air toward me as I came up the first big hill back to home? So I grabbed it and started filling it up. It was just over a mile back to my house but when I got there, the bag was full. Sadly.

Having a post-Skunk group trash run sounds like a neat idea.

Right! Others have mentioned that in the past, but the term hasn’t stuck in my head yet.

Maybe if it has a good Swedish name and we can talk up the cross-training benefits, we can get a big group run going. With donuts. And prizes for the freakiest things found.