We couldn’t resist sharing this run, @Challengers. Tonya and I are in Athens, and this morning we ran over to the Panathenaic Stadium, which was first built in 330 BC, rebuilt in 144 AD, and excavated and rebuilt in 1869, hosting the opening and closing ceremonies of the modern Olympics in 1896. (Some photos.) It’s the only stadium in the world built entirely of marble, though happily, it has a modern rubberized track surface because marble turns out to be devilishly slippery when it’s raining.

The 400m track itself is really weird, with incredibly long straightaways and tight turns; sprinters would have trouble around the turns. We did our Sweet 1600 (as you can see, Tonya won) and then wandered around a bit to take photos.

Note the tunnel to the Panathenaic Locker Room on the right 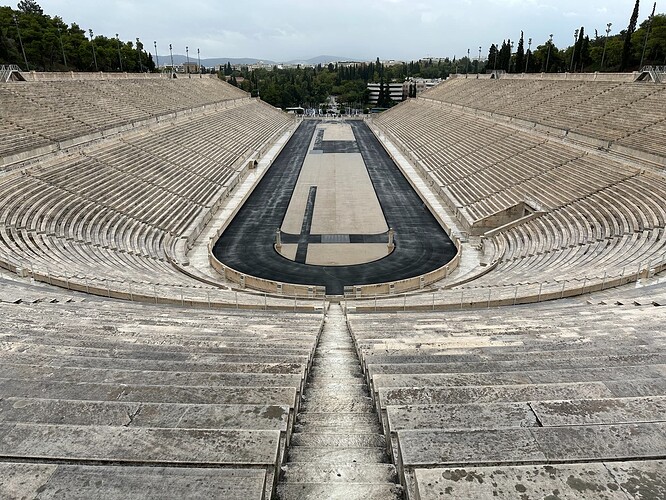 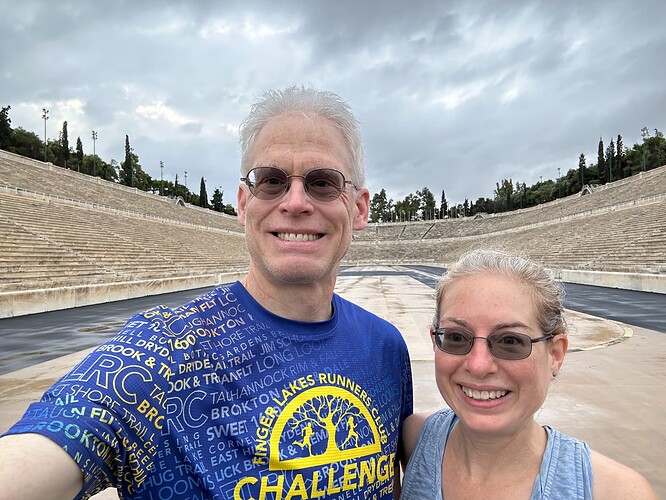 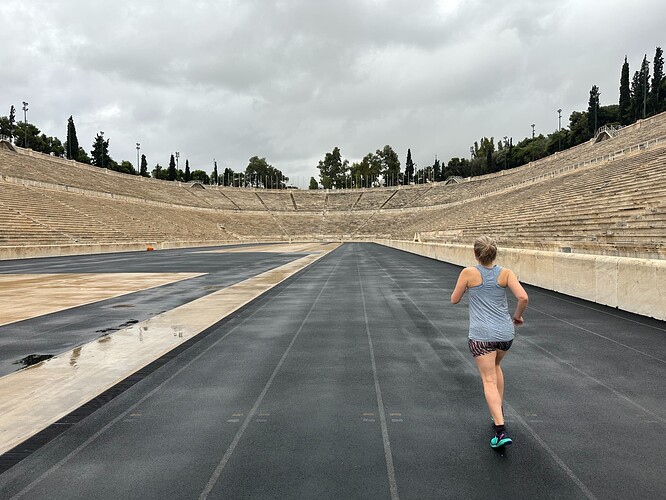 Tonya celebrating on the Panathenaic Podium 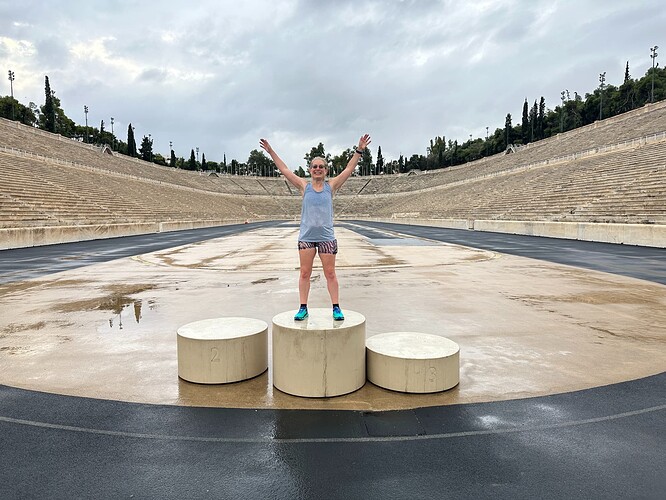 The Parthenon in the Panathenaic Background 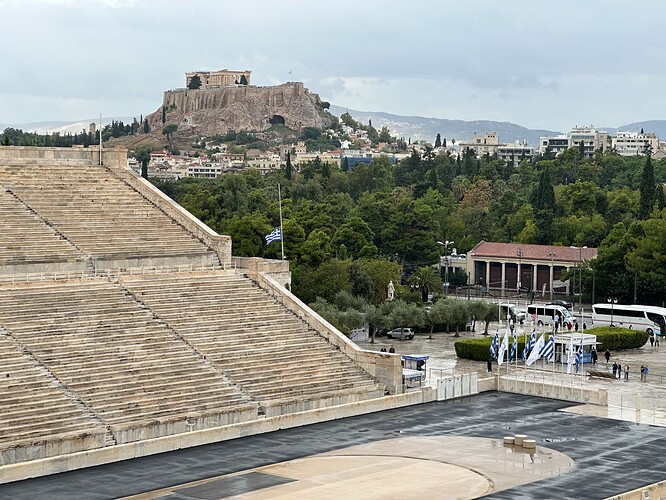 The Panathenaic Entryway, where you would have gotten Panathenaic Concessions (“get your souvlaki here!”) 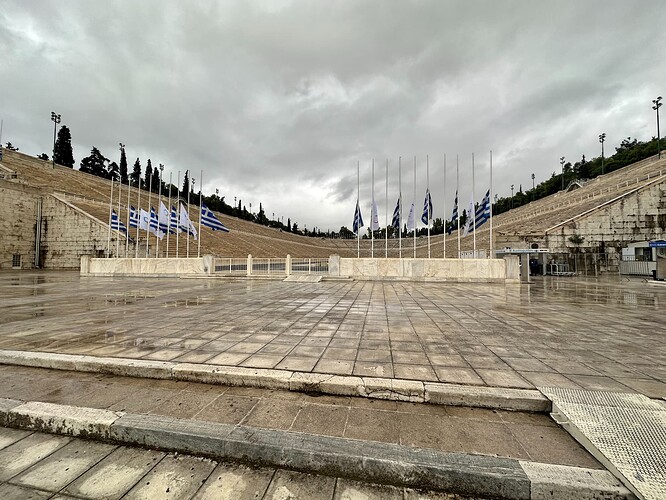 That is so unique and fantastic!

Very very cool! Looks like a short little jog to the Parthenon…

Wowza!!! So glad you two are on this trip visiting these places!

What a great experience! I hope you were able to feel all that history in your bones. (and that there’s a back way up to the Parthenon that’s not so technical)