Akron Falls was a weird race, @pgxc-flrc and @pgxc-high-noon, and despite the long drive, we managed to field quite a few teams. The course was supposed to be a 6K, but construction forced a last-minute change, and in the end, it was more like 4.5K. It was almost completely flat, and so narrow in spots that we had to run separate men’s and women’s races. Jamie Love was on hand to take photos and cheer, and she captured some great shots. 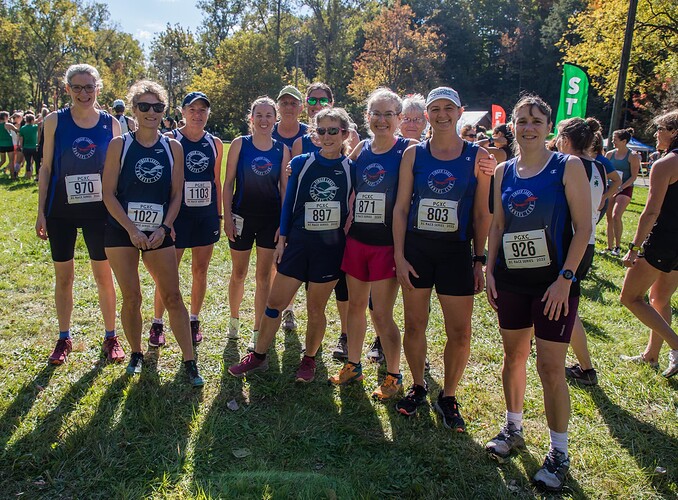 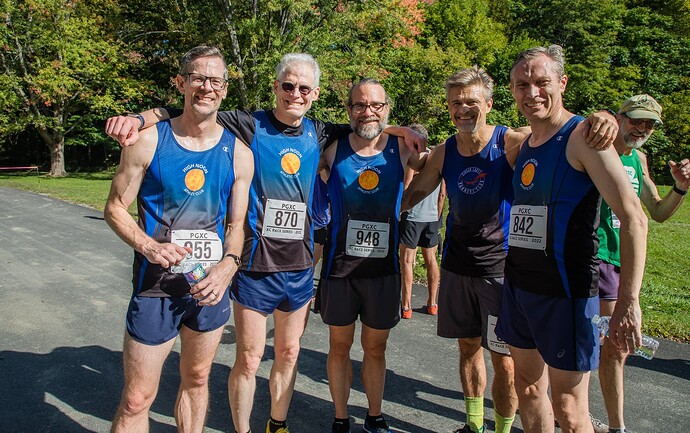 Results are available for individual men, men’s teams, individual women, and women’s teams. We didn’t do as well as we have in previous races due to the low turnout, but we still took home some chocolate and scored a few points in the club cup competition.

We took home a bunch of second- and third-place boxes of chocolate this race. On the women’s side, Caitlin Loehr continued her streak with a second in Vets, Sandy Gregorich was second in Super Vets, Deb Bliss was second in Ultra Vets, and Ruth Sproul was third in Ultra Vets (they’re in the picture with winner Barbara Sauer, left). 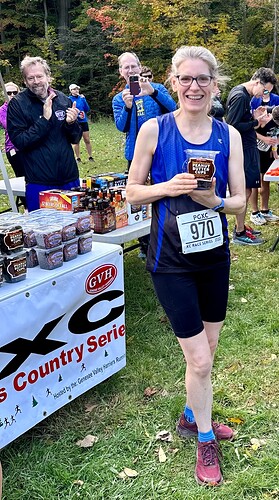 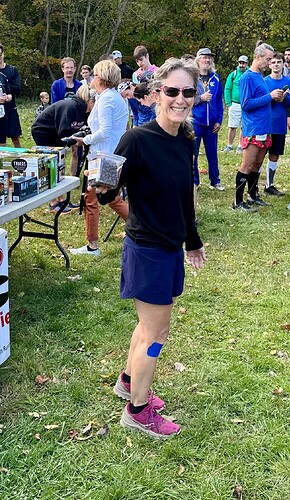 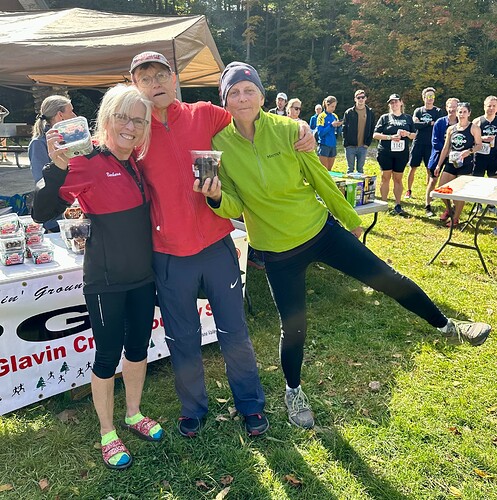 On the men’s side, 16-year-old Banyan Love took second in U19 (and was our second runner overall), and Joel Leff placed third in the Ultra Vets. 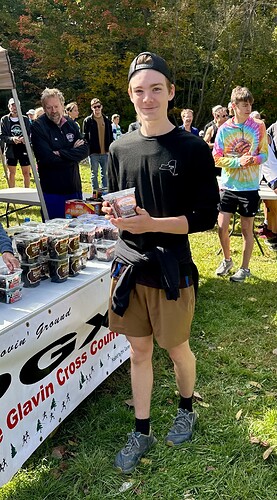 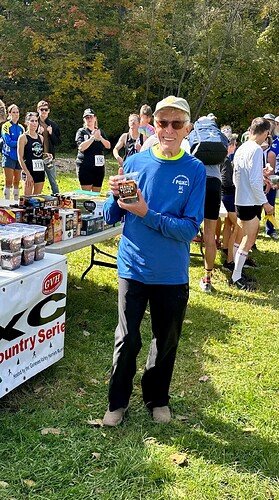 Finally, if you left your Nalgene bottle with some cherry-smelling liquid in it, let me know if it’s yours. I have it and will bring it to our next PGXC race. The bottle, not the liquid. 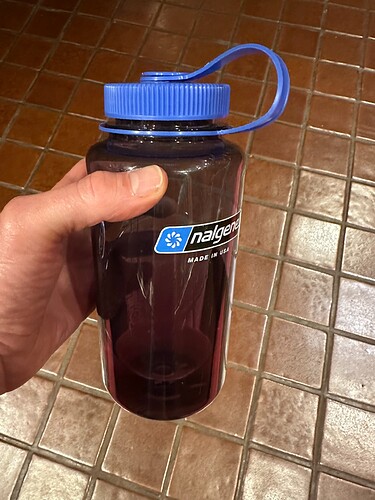 Speaking of which, our next race is the home meet at TC3 on October 30th. Let’s field some serious teams there and show the big city clubs what we can do! Sign up for the race and make sure you’re on the roster.