Last week, we announced the option for groups to have their own FLRC Challenge group pages on the leaderboard, and that remains generally available—just contact me with the name and members to add.

This week we have another new leaderboard feature aimed at helping @2021-Challengers identify compatible running partners. Quite a few people have made new running friends through the Challenge already, and with our new Pace Partners feature, finding people to run with will become even easier. Here’s how it works.

On your Athlete page (click your name anywhere on the leaderboard), click the new Similar Athletes / Pace Partners button to view the list of people who run at similar paces.

Here’s what the top of mine looks like. The order reflects who the algorithm thinks would be the most appropriate running partners, and the color-coding indicates who is likely faster (shades of yellow) or slower (shades of blue). I know most of these people, and the list is pretty accurate for what I’m running right now. 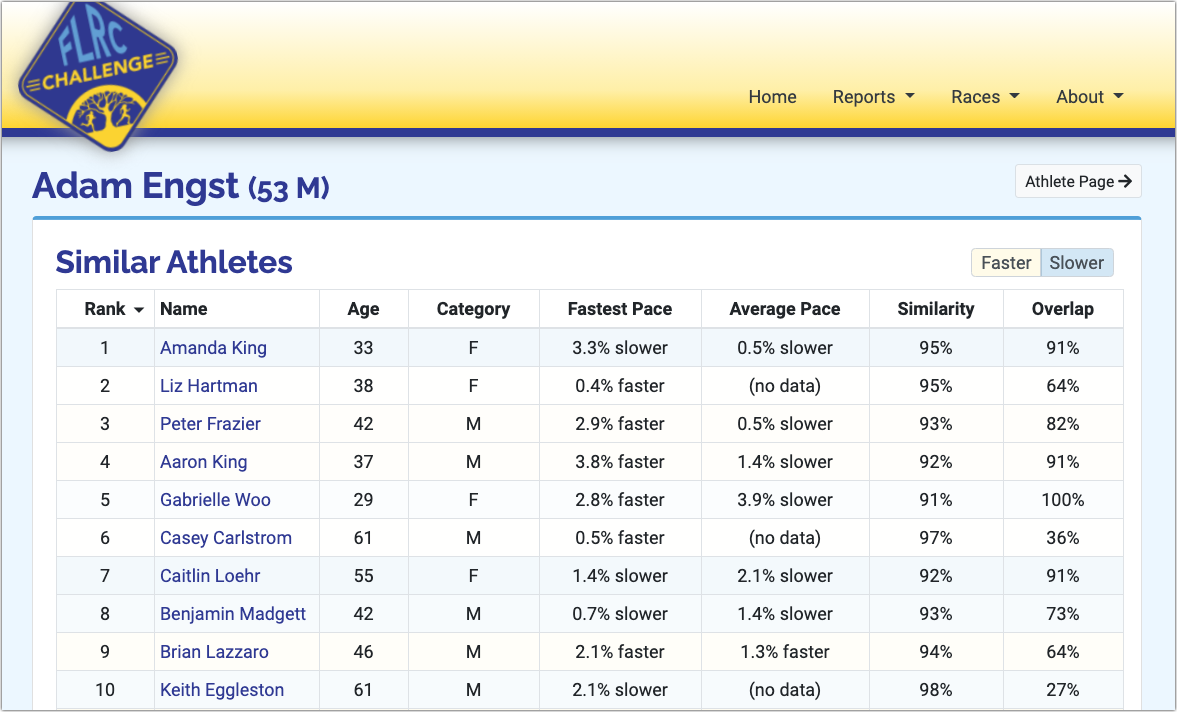 Five of the columns require some explanation:

What are those limitations, and why might you still want to click the column headers to change the sorting?

A vast amount of data and math has gone into these calculations, and it’s not worth diving too deep into the details, since only @steve-desmond can really explain it at a technical level. (But if you’re interested, just ask and he will.

The takeaway is simple. If you’re looking for a running partner, consider reaching out to some of the people on your list. When we post a group run here on the FLRC Forum, for instance, you could invite some of your pace partners to join by typing an @ sign and then a few characters of their name to get the autocomplete on their forum nickname, like @adamengst for me. (And if I’m on your list and healthy enough to run, I’m usually happy to run with you.)

Let us know what you think!