Statistically speaking, I think there is a general realization if you have certain goals in mind that you are much likelier to be successful if you follow in the footsteps of those that are already achieving those goals. With running; weekly mileage, diet, training plans, zones, strength training, etc. all factor in to the end result. With all the data available on platforms like Strava in this era, It affords a data driven analysis of athletes across a broad range of ability to put all of these long established training plans and creeds to the test and see how they stack against reality.

I stumbled across this article from 2017. It would be interesting to find something more current and across a much broader data set, but I found it quite informative. It would be nice to see it controlled for in a few more categories (age, sex, experience, etc.), but It wouldn’t affect the underlying conclusions any. Unsurprisingly, higher mileage is highly correlated with faster finish times. The interesting part though is that most of the popular plans everyone uses to inform their training appear to suggest higher mileages than necessary to achieve those goals than is statistically suggested. It could be in part that the plans haven’t caught up to the data, or simply that some buffer is built into the plans to increase the overall likelihood of success comfortably above mean. At any rate, hope some of you find this as interesting as I did. 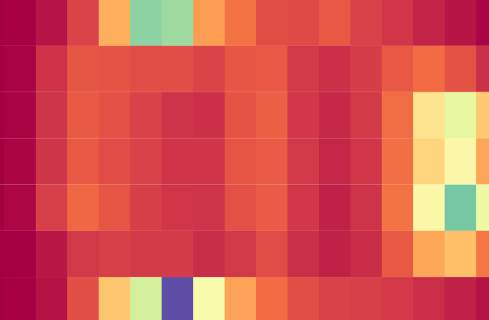 I downloaded an analysed the training data for 1,000 athlete who ran the London Marathon in 2016. From this data I've learnt that people put in ~30% less mileage than popular plans suggest, Sunday mornings are a firm favourite for long runs, and that...

This is fascinating data, though I’m not entirely certain of some of the conclusions it draws. Just because someone ran a sub-4 hour marathon while putting in less mileage than some Runner’s World training plan suggested doesn’t mean they were trying for a sub-4 hour marathon. Everyone who was trying for a sub-3 hour marathon, ran way less than they should have, and then blew up in the race would be in that category as well, if I’m understanding the data correctly.

And of course, there’s a question of how representative those Runner’s World training plans are. In one of his marathon plans, Jack Daniels doesn’t push weekly mileage at all but instead has runners figure out how much they want to run per week. Then his plan divvies that mileage up among the weekly workouts.

But I’m certainly no expert on the marathon, having run only one.

I’d be curious what running coach @JTuori and our resident top marathoners @ChelseaB and @Sam_Lagasse think about this.