Since the very first day of the FLRC Challenge, runners have been clocking multiple efforts per day. That’s easy enough for many people with the shorter courses, but Pete Kresock (@Petorius) upped the ante early on by running a double Pseudo Skunk Cabbage for the full marathon distance. With more courses open, doubles on multiple courses became more common. After I floated the idea, Bob Swizdor (@Swizbob) and @Sam_Lagasse ran triples—three FLRC Challenge courses in a single continuous effort. Then @heathercobb3 upped the ante by running the first (and only, so far) quad, and Pete just strung three Black Diamond Trail runs together (plus an extra mile) for a 50K.

Inspired by these accomplishments, I’m taking the concept to the extreme and officially announcing the FLRC 100K Ultra Challenge! Run all ten of the FLRC Challenge courses in a single 24-hour day—a grand total of 64.5 miles or nearly 104 kilometers—and you’ll win a personalized 12x12-inch metal FLRC Challenge course sign commemorating your achievement. The order in which you run the courses is up to you, as is how you get between them, although anyone who navigates between the courses on a bike will be rewarded with the ultimate in community admiration. You’re welcome to attempt the FLRC 100K Ultra Challenge on your own, with friends accompanying you on individual courses (and scoring their own Challenge efforts), or even in a small group to make it a social event.

All FLRC Challenge rules apply, with one notable exception. For verification of your runs, you must scan the FLRC Challenge start/finish sign using the Webscorer app on your phone (rather than entering times later), and you must also provide me with GPS tracks proving that you covered the ground via Strava, Garmin Connect, or the like. Bring car chargers to make sure your phone and watch don’t run out of power. And be sure to take and share pictures to document your run!

The Ultra Challenge is open to everyone registered for the FLRC Challenge. I encourage you ultramarathoners out there to spread the word in the ultra community. The Ultra Challenge makes a great destination event for out-of-towners looking for an ultramarathon to attempt on their own schedule. They could spend a Saturday casing out the courses and resting up and then run them all day Sunday!

Who’s game for this ultimate challenge? @Petorius has been working out the logistics for a bit now, and word on the street says that @Jesse_Canfield is gearing up for an attempt in a month or so.

My plan was to run the trail courses in a day. Was waffling between trail trail one day, and the Recways the day after. Probably 2nd or 3rd week of May in case anyone wants to join.

I’d encourage anyone planning one of these runs to post here if you’d like company and so the community can follow along with the attempt. And of course, a post-effort report!

In some ways, open-course virtual racing backed by an online community can be even more inclusive than in-person events for those who don’t already know a lot of people.

Wow… I just hope my achilles can get up to speed fast enough to engage in such a phenomenally bad idea that it makes me tear up with pride. 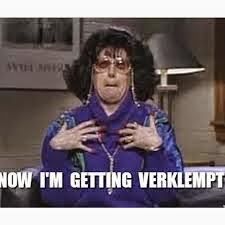 Depending on how the mileage ramp-up goes over the spring and summer, I was hoping to do this in the fall once the kids are back at school.

I just hope my achilles can get up to speed fast enough to engage in such a phenomenally bad idea that it makes me tear up with pride.

I was wondering where you’ve been—the FLRC Challenge would seem to provide just the sort of platform you could abuse in all sorts of ugly ways. And really, you’re going to let @Petorius and @heathercobb3 school you so completely in Most Miles?

Oh man, the trash talking has begun… that’s it. I was going to be a responsible adult and scale my mileage up by 10% a week. Forget that… 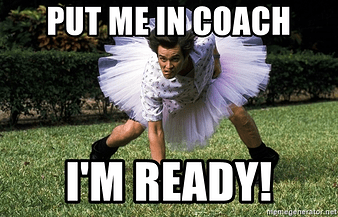 For this old-timer it’s inspiring but at the same time scary to realize this is a serious idea and that it can and will be attempted and conquered. The addition of using a bike between sites, including all the way out to Hammond Hill and then to Michigan Hollow, would be beyond scary. Go for it!

Taking it a step further… what happens if one’s pace briefly approaches the speed of light and their time slows down relative to their surroundings, so much that it makes the difference between finishing in 24 hours or not? Or what if the runner experiences an adverse gravitational pull, such as a tiny, localized black hole, causing them and their timing device to slow down relative to the environment while the rest of the world is unaffected?

Ooo, I was thinking this was a can of temporal worms, and if there’s one thing I like opening, it’s canned worm. My initial feeling was that this has to happen in a day. But what’s a day? There’s no inherent reason to call it due to darkness, especially since a number of the courses would be easy to run by headlamp. And if nothing else, the amount of daylight isn’t constant. So a 24-hour day.

Assuming that Jim Walmsley isn’t studly enough to take on the FLRC 100K Ultra Challenge, it will probably take what, 10 to 15 hours to complete? So the most obvious possibility is to start early in the morning with the gnarly trail courses and leave the paved courses for the end, when light might be failing.

But since there are travel breaks built into the Ultra Challenge, is there any reason you couldn’t run some of the courses starting at noon one day, get some sleep, and then run the remaining ones the next day, much as @Ian suggested he might? I think that continues in the spirit of the 24-hour day since there’s no reason to have an arbitrary start time like normal races. Of course, no more than 24 hours can elapse between scanning the first course QR code and scanning the last course’s QR code to finish. And while I think such an effort is a legitimate completion of the 100K Ultra Challenge, it would have to be categorized as sleep-aided (much like wind-aided) so as not to detract from the achievement of anyone who did it without catching some Z’s in the middle.

So yes. One 24-hour day, starting whenever you like. And no, attempting to score an extra hour on November 7th due to the Daylight Saving Time switch not only won’t work, since Webscorer timestamps will tell all, it will also be mercilessly mocked. Just because.

The addition of using a bike between sites, including all the way out to Hammond Hill and then to Michigan Hollow, would be beyond scary. Go for it!

Who’s going to figure out the minimal biking distance that takes in every course?

For a bike effort, I think it would be acceptable to start the biking at the first course and end at the last course, so it would be legitimate to get a ride to Virgil, say, run there, and then bike toward Danby, hitting all the other courses on the way. For that, once you get on the bike, I think you have to stay on the bike until the end of the effort, so it might be tricky to combine with a sleep-aided attempt without adding a lot of unnecessary biking mileage in the middle.

what happens if one’s pace briefly approaches the speed of light and their time slows down relative to their surroundings, so much that it makes the difference between finishing in 24 hours or not? Or what if the runner experiences an adverse gravitational pull, such as a tiny, localized black hole, causing them and their timing device to slow down relative to the environment while the rest of the world is unaffected?

For such questions, the Challenge Director will defer to a Consulting Physicist, like @hubitron.

If someone wants to gain the extra hour on November 7, they get to deal with limited daylight, wet, sloppy trails, and colder weather. I think that would make it harder than having an extra hour in the middle of the night to run.

Re: 24 hours: In ROGAINEing (orienteering to collect as many points as possible with controls spread across the landscape – Eric Smith is our local ROGAINEmeister) the events (6, 12, 24 hrs) start at noon. This allows for some sleep/rest for the 24-hour event, although that’s not required.

I would be surprised if I can possibly do this challenge haha…but does this need to be completed in one calendar day, or over the course of 24 hrs?

Nevermind, I read through the other posts, oops!!

Planning to end at the East 1 mile course to see what my mile time looks like after a day of suffer bus.

i can start the first trail with you … but after that I’m on my own waaayyyy behind …,

Just heard @Petorius dropping knowledge on a fresh episode running inside out podcast. Now the world (or Rochester adjacent at least) will know of the “Full Send FLRCC” 100k in a day option. Who will be the first?