We’re closing in on the end of our first standalone month competition, @Challengers—how are you doing for May? Click the May button at the top of many of the leaderboard pages to see how things change when you focus on the last month.

Overall, though, with more people coming closer to completing all ten courses, the Most Points competition for the men has heated up. Notably, Aaron Proujansky has moved from third into first, knocking Tristan Lambert into second and Damian Clemons into third. Scott Dawson and Amy Dawson remain 1-2 in Most Miles, but Caitlin Loehr has overtaken Rebecca Lambert to move into third. In the Team competition, the @Fantastic-40s (everyone mentioned in this paragraph but Caitlin is 40–49) continue to extend their lead over the @Fabulous-50s and @Thundering-30s. 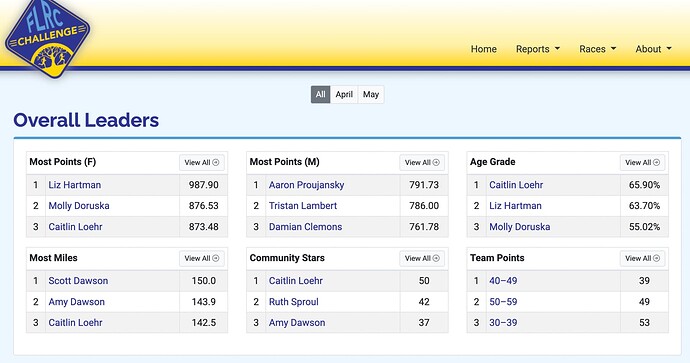 That’s despite 32-year-old Benedetta Carnaghi claiming her FLRC Challenge medal by working her way up to the Lick Brook & Treman FLT and Brookton Hill & Dale courses this week. Congrats to Benedetta on becoming our 12th finisher! 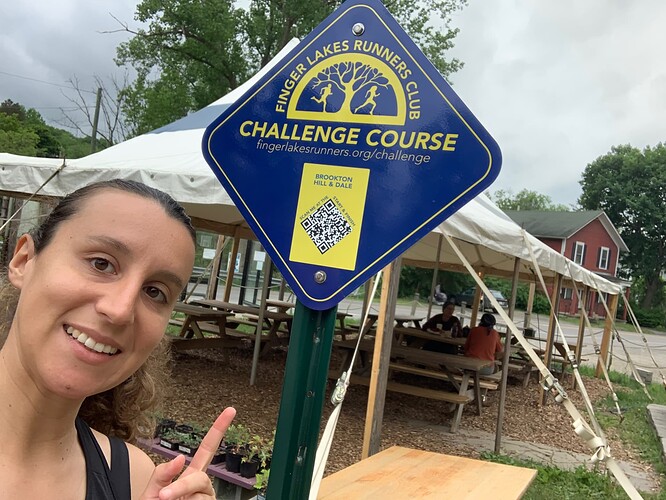 We might be just a week away from 5,000 miles, since we’re almost at 4,400 now. The last week was lower than all but our first week at 525 miles, but we’re still easily on track to break 10,000 miles by August 14th. Women continue to lead in the number of runs and mileage for all but three courses—along with men tying on Brookton Hill & Dale and having a slight margin on the Inlet Shore Trail, the Sweet 1600 track loops apparently appeal more to the men in our group. 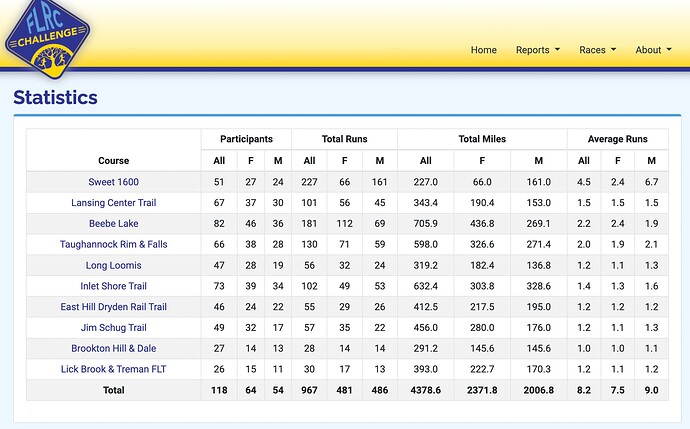 Speaking of tracks, Tonya Engst and I have been on vacation in Vancouver, British Columbia, where we’re having a blast seeking out tracks for international entries for the Sweet 1600. We’ve found three so far, and there are plenty more. Let’s see how many different Sweet 1600 tracks we can run on. This shot below is from the Simon Fraser University track on a gloriously sunny morning. Unbeatable! 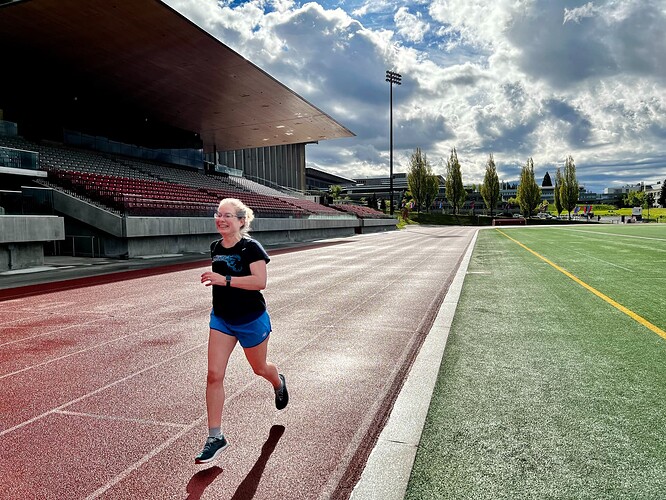 Remember, if you see someone else running while on an FLRC Challenge course, call out an encouraging “Cover the ground!” to let them know you’re also in the Challenge. Until next week…