We’ve been hearing from a bunch of people that they’d like to do the Black Diamond Trail group runs on the 1st and 3rd Saturdays of each month, but a 7:30 AM meeting time is just too early. (And then there are a few early birds who think it’s too late!)

Rather than change it willy-nilly, let’s put it out to a vote. If you’d like to participate, please register your preferences in this Doodle poll. For those who haven’t used Doodle before, leave a checkbox blank to vote NO, click it once to vote YES, and click it twice to vote IF NECESSARY.

Doodle is the simplest way to schedule meetings with clients, colleagues, or friends. Find the best time for one-to-ones and team meetings with our user-friendly calendar tool. Get started today!

We’ll pick a new time for this coming Saturday’s run, and if there are a lot of votes for another time, perhaps one of those people would be willing to be the leader of another run at that time. (It’s basically a matter of showing up and saying hello to people and helping anyone who’s new.) 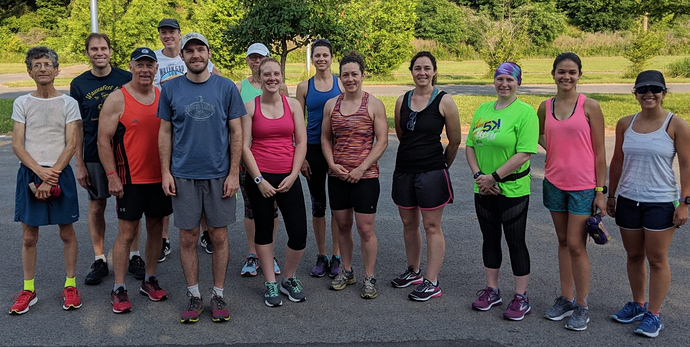 image1353×681 452 KB
For anyone who doesn’t know about these runs, they’re free, open to all ages and abilities, and involve 30 minutes of out-and-back running on the Black Diamond Trail, starting near the Ithaca Children’s Garden at Cass Park. Details here, and all we ask is that you sign the FLRC Training Programs waiver once for 2020 for any of our group runs.
1 Like
FLRC Footnotes for March 2020
adamengst (Adam Engst) March 3, 2020, 9:38pm #2

Since we need to make a call on this so I can say something in the March Footnotes, we’re going to change the main starting time to 8:30 AM (for meeting and warmup), with a leaving time of 8:45 AM.

However, since there were strong voting blocs for earlier and later times, here’s a proposal that gets some of the best bits of a group run and hits more times.

Those who want to run at 7:30 AM should meet then, and do the 30-minute out-and-back run just like normal, or perhaps cut it just a little short. That way, when you get back to the parking lot, @heathercobb3 and the 8:30 AM group will be warming up so everyone can socialize for a few minutes.

Then, those who want to run at 9:30 AM can show up then, just in time to hang out with the 8:30 AM group as it finishes, and even more early/late gloating can commence.

We’ll add a pace poll to the next announcement here in the forum so you can see if there will be people at your pace. And regardless, since it’s an out-and-back, whatever pace you run, you’ll be seeing others the entire way.

Any comments on this idea?

It’s a good idea! I just want to remind other groups to keep an eye out for everyone and ensure they make it back to their cars. Be conscientious because you never know what can happen! I usually ask during the 15 minute social time if anyone is going out longer or shorter, and I stick around after I’m done so I know those who are doing the hour have made it back.

Side note: the run is scheduled for one hour, 30 minutes out and 30 minutes back. There’s always the option to cut your run short or go longer.

I am about to make separate post to remind everyone of the Saturday run with the new start time!

Sounds like you’re totally on top of this, and thanks for being so together!