This was Simon’s 6th and final course to complete his own Challenge. We steadily jogged the first half, and then jogged/walked the second half, stopping for a snack and to say hello to one of his teachers that he had in Kindergarten. It was a beautiful sunny and mostly cool morning. He especially enjoyed running under the bridges. 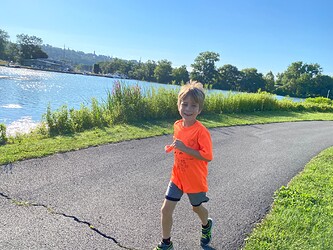 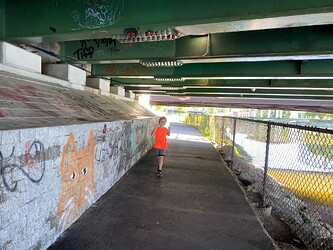 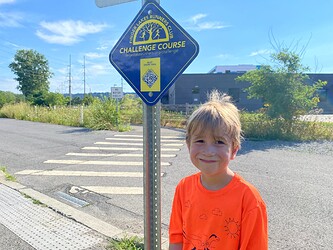 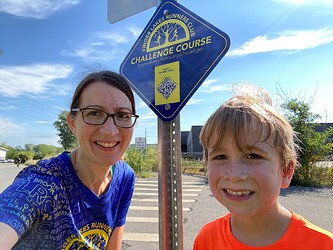 To celebrate finishing the challenge, I gave Simon the choice of a treat from Ithaca Bakery, an ice cream cone at Purity, or a donut from Dunkin. A tough choice! He went with Dunkin, where we both enjoyed a Boston Kreme donut. Not sure if it counts as shopping local since it’s a national chain, but it was a great reward! 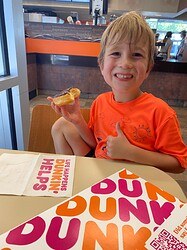 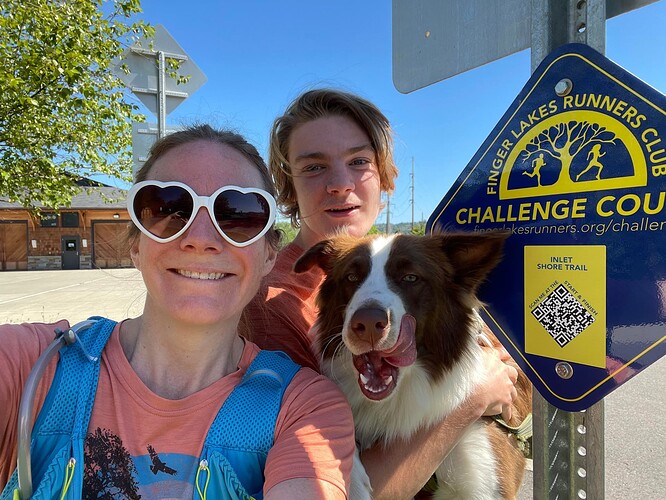 Today my son @Banyan_Tree and I wrapped up our first ever FLRC Challenge with the Inlet Shore Trail course after completing the Treman 13.1 miler yesterday morning. I’m admittedly more of a fan of wooden trail runs and pretty much loathe doing anything on pavement, but I actually ended up enjoying this course this morning. We’d planned to try and do this course in the evening after the sun went down, but decided to try and get it in during the cooler morning hours today instead and I’m glad that we did. The osprey were nesting, the sun was rising through the oak trees, and it was incredibly peaceful…despite the fact that my calf randomly was spasming on me after yesterdays monster course. 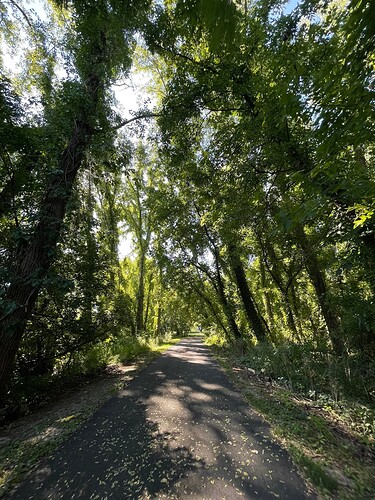 Because my leg was giving me beef, @Banyan_Tree was set with the task of dragging our little aussie pup Frodo along with him which gave him a significantly shorter time that he’d hoped for on the course today, alas, the mission was more to simply accomplish it, rather than get a decent time today.

Once we reconvened after the Inlet Course, (he goes much faster than me) we headed over to the Ithaca High School track where @Banyan_Tree completed his official last course which was the sweet 1600. He had to hop the locked fence in order to do it (Shhhhhh) but it was done and then it was time to shop local~ 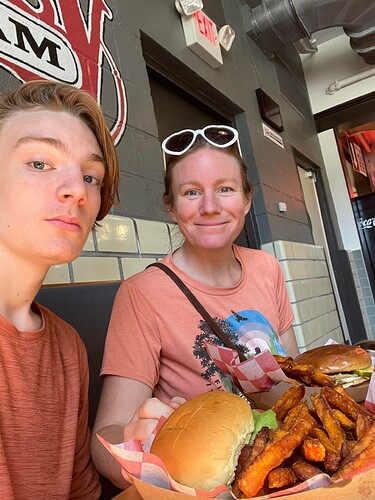 The obvious choice after completing this challenge course downtown was to stop at Purity for a lentil burger, burger, sweet potato fries and of course yummy ICE CREAM!! Of course Mr. Frodo joined in on the fun with us for the ice cream with his pup bowl, because he too has completed several of these courses with us and was well deserving of the treat.

We absolutely enjoyed pulling off each of these courses! My favorite (despite me getting lost) was the Long Loomis trail, I’d never been to that trail system before and was super excited to learn that I could mountain bike out there too!

As someone who is just starting to run for the first time in my life at 43, after several major physical injuries, I was not at all concerned with my times, but more felt it a challenge to simply do them all. I felt highly encouraged by everyone in the FLRC and will definitely be signing up for it again next year. Maybe we’ll even get my other two littles in on the action too? 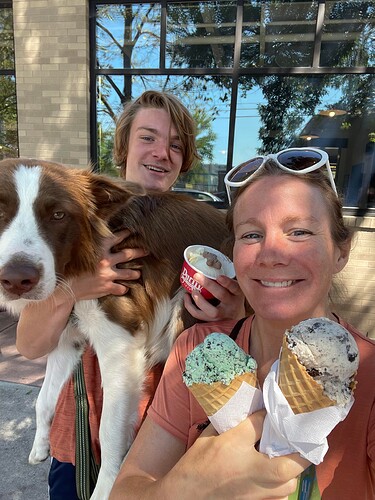 As someone who is just starting to run for the first time in my life at 43, after several major physical injuries, I was not at all concerned with my times, but more felt it a challenge to simply do them all. I felt highly encouraged by everyone in the FLRC and will definitely be signing up for it again next year.

So glad to hear this—it was one of the motivations behind the FLRC Challenge, since races can be particularly intimidating for people getting started or starting back up after a long time off.