That’s so cool that you two got to see the train on the bridge. Thanks Jamie for the warning about the holes in that clearing. Sounds like I lucked out that I didn’t step in one when I did my night run there, but I will be back out there soon will be definitely on the lookout for them. I got a little bit confused on the transition from getting from the parking lot to across the creek as well, so it’s not just you.

Yes, the FLT officially goes right through the creek (as do @Ian’s races) but I always take the train bridge to keep dry. If there’s a train blocking the path, you can usually skirt around to the left and under the bridge, assuming the water isn’t too high.

Based on the previous stories, I knew I was in for a wild ride. With marathon training, fieldwork, and other summer travels I also knew that this was my chance to finish up the challenge (at least for a while). I headed out slightly later than I hoped, but still started running before 8 to try and beat the heat. I started with the Lick Brook side and easily found my way to the switch backs. I kept looking up to see how much there was to go and it felt never ending for a short while, but I made it up. I took a slight detour when the orange blaze trail hops out onto the first field, but thanks to other helpful hints here, I quickly realized my error and found the trail. Soon enough I reached the turnaround sign and headed back down. The view right before descending was so pretty, but I wanted to keep moving (at this point I was still feeling good). I am very thankful for the kind man that I found where you rejoin the finger lakes trail at the bottom. I couldn’t remember which direction I came from and he saved me from a long detour. I ran back to the parking lot and went straight under the bridge. I took a little slide in the mud on the concrete under the bridge but was able to stay upright. This was my first good save of the day. I quickly realized that this part of the trail was no less challenging and questioned what I was doing on just about every steep uphill climb. The run became more of a run walk as my legs were getting tired and I was getting hot. I decided complete in one piece was the goal, and gave up any idea of putting in a really fast time. This course really is a challenge. Just past 7 I was a bit confused about where the trail went as I didn’t think the white blazes up front were really the direction I should be going. At this point I lost any sense of what direction I was heading but looking at the map I figured it must be right. Eventually, I reached the turnaround sign much to my relief. I slowly made my way back to my car taking one other big tumble with another save to prevent a complete faceplant. My legs are dead but we made it.

Began the morning picking up Jesse Koennecke in Ithaca on the way to Lansing. We had met last year but this was the first time I really got to talk with him. Then it was simply trying to keep up with Adam, Aaron, and Dave as they breezed around the track without ever needing to shorten a sentence to take a breath. Met a lot of cool people and got to enjoy some of Adam’s Rhubarb bread, which was better than I could put words to.
After dropping Jesse back off in Ithaca I continued on to sacrifice myself again to the Lickbrook Treman gods. Had the fortune of running into the always super nice Amanda King, Liz Hartman, and (I think Jilene? It happed so fast) in the parking lot, who were just finishing their runs. I decided to take the Lickbrook path first this time, no poles, and a hand bottle instead of the hyrdopack. This was a good choice in hindsight as it was just too hot to be lugging around a pack. The trek up and down Lickbrook went super smooth this time without any navigational gaffs. I had made a point to get a count of the stairs in the “blue blaze” stretch and thought for certain I would remember it to the end, but now I am questioning my memory. It think it was 157 or 158, but it might have been 175? Anyhow, might be nice for those planning to do that climb in the future to be able to count the progress on the way up. Made a quick stop at the mobile aid station to refill the bottle and then headed off quickly west. After my first jaunt here, everything seemed to be in fast forward and it wasn’t anywhere near as arduous as I had remembered. Soon enough though, the heat, this mornings run, and yesterdays race finally began to bring me down to earth and I eventually started to do more hiking up the hills than running. There was lots of thunder but not a lot of actual rain. Passed someone about 2/3 of the way through listening to runGo directions and I suspected he was a Challenge person. Once I made it to the second turnaround there was a slight drizzle. At this stage, rain would have been a welcome event as it was hot even under cover of trees. Regardless, the trip back went relatively smooth and without incident. The rain never really materialized. Upon returning to the parking lot, the guy I passed had just returned as well from having done Lickbrook. So… I ended up meeting Mikhail Kern and chatting with him for a bit as I cooled down. It was his first shot at the course and he laid down a super quick time for how hot it was.
I was able to “shave” 3.75 hours off my previous escapade here, and although it wasn’t as quick as I would have liked it was still an enjoyable run none the less. Satisfied with putting this behind me, I headed up the road for some food and refreshment at Ithaca Beer Company. A nice IPA and burger hit the spot. Then it was all the way home with one quick detour to try the ice cream at Cayuga Creamery. All in all a pleasant trip. 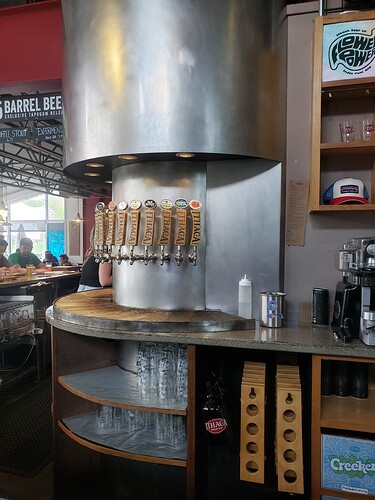 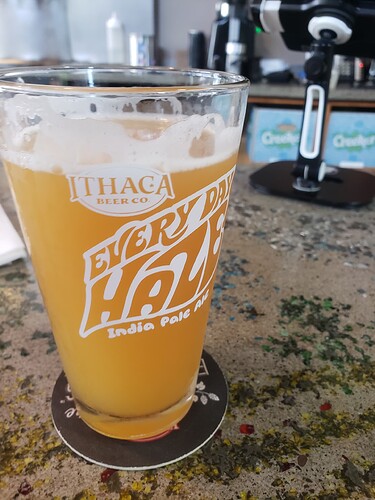 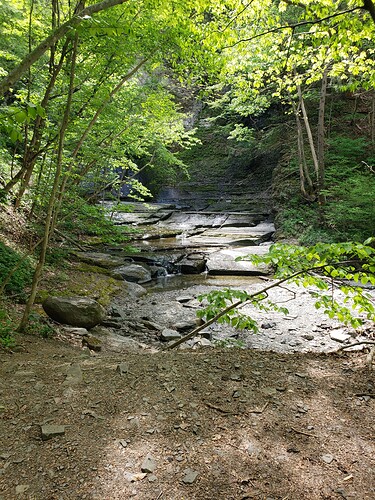 Well, today was my first time running this trail, and it kicked my butt. I took a few wrong turns and had to double back a couple of times, and my watch decided to spazz out and end my work out after 3 miles.

That aside, this was a super fun trail. Well, at least the Treman side was super fun. The Lick Brook side was brutal. Great views along the way and I couldn’t pass up stoping for pictures. 100% doing this one again (after recovering).

Now off to Ithaca Beer Co. for some much needed post run nourishment. 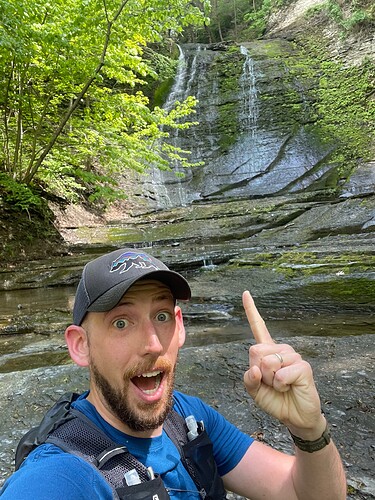 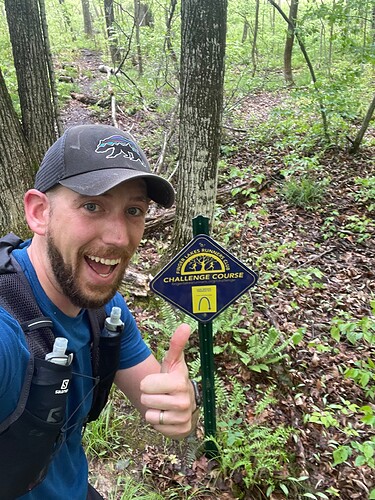 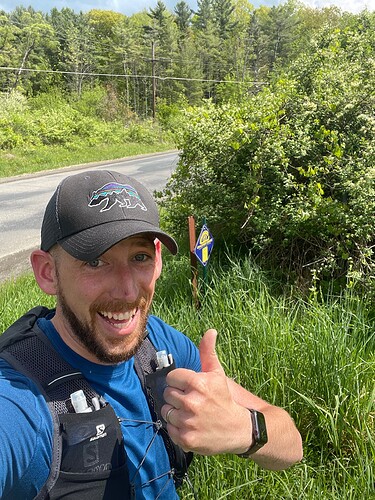