Three more people have finished off all ten courses to claim their FLRC Challenge medals. Congratulations this week to Melissa Wallace, Molly Doruska, and Bill Begeal! Molly has now moved into second place in Most Points behind Liz Hartman, and into third place in the Age Grade competition, which Caitlin Loehr continues to lead. 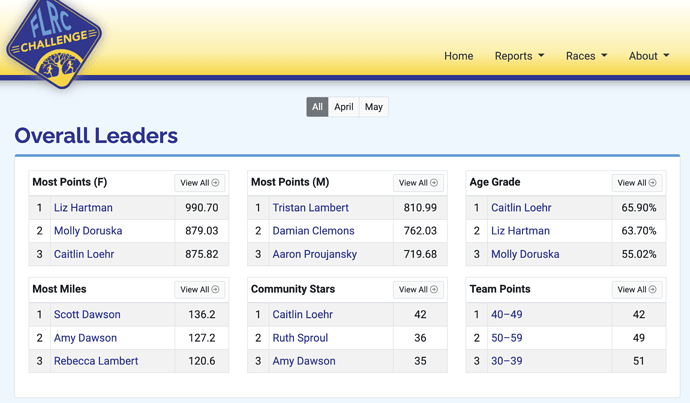 Happy Birthday to Jamie Loehr, who celebrated his 60th by adding a Challenge course (and a vegan chocolate oreo cake) to some bike training for the Cayuga Lake Triathlon later this summer. Just a reminder—if you change age groups during the Challenge, you can win individual awards in both, but you’ll continue to score for the team you were on as of April 16th. 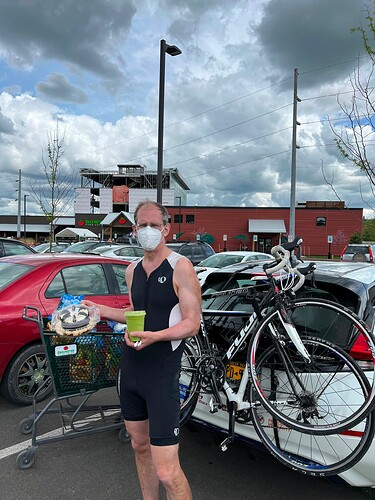 Overall, 110 of our 144 participants have logged at least one run so far. In our single-course group is Jodi Clemons, who suffered a broken toe in an unprovoked attack by a hostile, gravity-aided water bottle. She walked the Women’s Distance Festival 5K in a boot—here’s hoping you’re back on track (and roads, and trails) soon, Jodi! 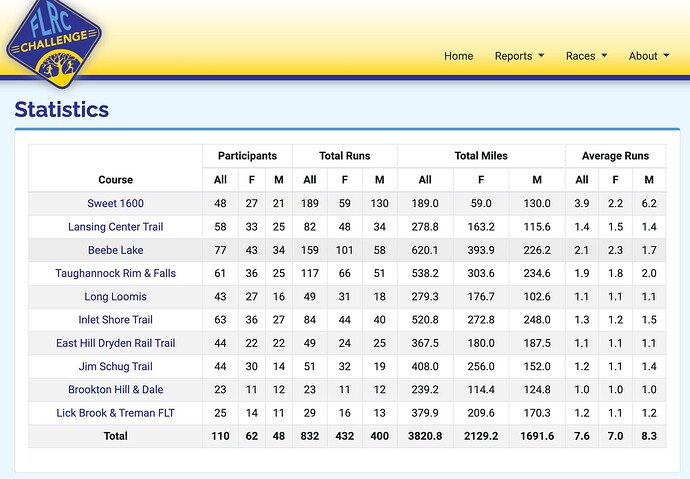 For those who aren’t running the Thom B. Trail Runs on Sunday morning (there are still 20 slots open) or who just want some more weekend miles, Heather Cobb is once again organizing a third-Saturday group run on the Jim Schug Trail. That course continues to elicit great wildlife stories and photos—on last Wednesday night’s group run there, Benedetta Carnaghi saw a big beaver cross the trail in front of her. It was too fast for a photo, alas, but she consoled herself with pizza and beer afterward. (And I suspect the beaver got bigger with every retelling.)

Finally, my favorite photo of the week comes from Bill Blessing, who claimed that the Lick Brook & Treman FLT course kicked his butt, but he looks way too happy in all his photos for that to be really true. 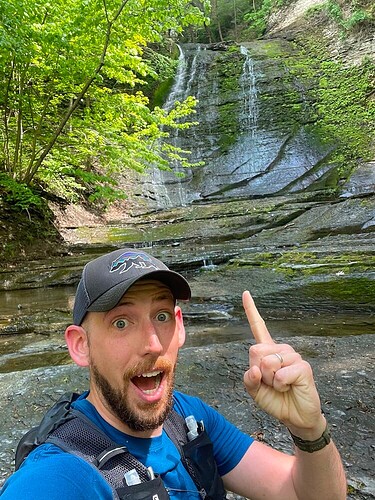 Hope to see you on the group run or at Thom B!

I saw Benedetta’s beaver on the Jim Schug trail a few weeks ago. It is… surprisingly… large. Not scary large. More cute large. But closer to a sofa than to a toaster.