@brian-lazzaro wanted to do Long Loomis instead of Jim Schug for the Wednesday night run, so @Dave_K and @DamianClemons and I joined in, with @tonya and @gumbywhale doing it as well. The forecast was dire, but we convinced ourselves that the main storm was going slightly north. Which it did, but we still got caught in torrential downpour for about 10 minutes from mile 1 to mile 2–it was so dark and raining so hard, I had to keep wiping both sides of my glasses lenses to have a chance at seeing. Then it lightened up, and we had a blast running through the deep puddles the rest of the way around.

Luckily, it was fairly warm at the Dryden Hotel after for pizza, since I hadn’t thought to bring extra shoes and socks, and mine were soaked. Bacon-mushroom pizza for the win, although the chicken-feta had extra feta and no tomato sauce for a change.

In all of my 25 years of living in Ithaca I don’t remember a more wonderful Spring than the one we are having right now. I just love days like today. It was cool, breezy, sunny but not humid and the heavy forest canopy, not eaten by spongy moths, meant a glorious morning for trail running. There were some slippery muddy spots from the rain yesterday but we managed without falling and all things considered I love this course. I wasn’t sure if I was going to be able to get a fast time this morning as this was my third fast run in a week having already significantly improved my time on the Lansing Trail and the East Hill Rec Way/Dryden course. But I was able to pull it off better than expected and hope I didn’t significantly worsen my right hamstring issue. I am looking forward to some nice slow running in the near future.

Here I am $75 happier after a stop at Bigsby Market on the way home. OMG the snap peas and strawberries are delicious! Now out to my garden for more planting. 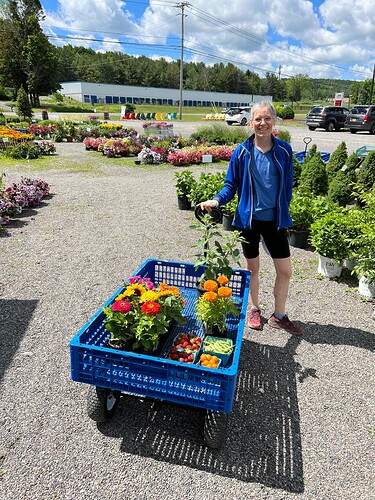 Was feeling pretty beat from several hard/long runs last week, but still managed to get out the door by 7 for my planned double Loomis.

“Backwards” (CCW) first lap like always – I don’t want to start my 2 hours on the trail with that 1.5mi uphill! Spider webs and caterpillar silk throughout, wiping my face every other minute, but other than that, nice conditions.

Met up with @adamengst for round 2, clockwise this time. Good conversation at the intersection of tech and running kept me distracted from the general achiness. Ended up with both laps being slightly faster than my last double, and considerably easier, effort-wise.

Almost ran negative splits every mile of the 2nd loop, too – if it weren’t for that last hill! 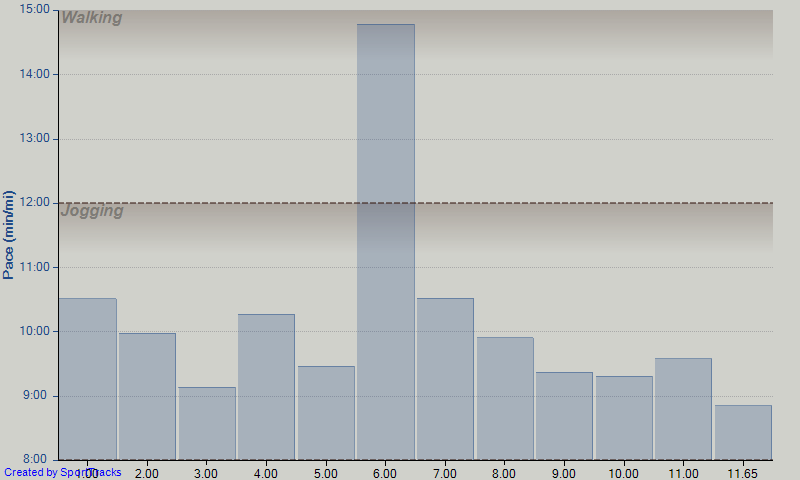 Another lovely morning for a trail run, and a great opportunity for a Top Secret™ chat with @steve-desmond while we loped along Hammond Hill’s scenic trails. I kept RunGo on the entire way to test out a few small tweaks I’ve made in the instructions based on feedback, and I added another couple after getting home.

Went into the Dryden Agway for some organic Captain Jack’s Dead Bug Brew concentrate and a hose sprayer to see if that will help clear some of the %@!%#$*@ spongy moths out of the oak tree that they’re decimating next to our deck. Fingers crossed that it works better than all the tree wrap suggestions, which have been a complete failure so far.

We were taking a week off from a formal group run due to Father’s Day, but I still wanted to get out in the cool weather, so I made plans with @hubitron to run Long Loomis at Hammond Hill. He wanted a few more miles than that, so he went early to get those in first. When I pulled into the parking lot, there were three other cars besides his, including @kag22’s bright yellow-green SUV (Karen always has the brightest car around). She and Dave Jones and Jim Chely were just meeting for a run there too, so we caught up while waiting for Jay to come back. When he arrived, there was more catching up, since he hadn’t seen them in ages as well, and while that chatting was going on, @Katie_Gannon and @amalia showed up too, making it three independent groups the same time and trails. Clearly, we should have had the group run.

Katie and Amalia were going to tag along with the others, who knew the trails well, if not the Long Loomis course itself given that they’re not Challenging this year. Hope that worked out!

Jay and I did a canonical Long Loomis, and while we were talking the entire time, so it wasn’t race effort, it was still pretty sprightly, so it was nice to get something faster on the leaderboard. And woo—adding those month buttons at the gets me in the top 3 for Most Points and Age Grade for June, however temporarily.

@Katie_Gannon and I met for the first time last week at the Lansing Center group run and realized we were both missing Long Loomis. Not having my own car this week, I caught a ride with her to the Hammond Hill trailhead and who did we see but a group of 5 other FLRC runners! I ran most of the way with Dave but @kag22 also hung back to help me out when I fell not one, not two, but three times. Am I less coordinated this year or are the roots bigger, who can know? At any rate thanks for the sportsmanship Karen and Dave!

Whatta day for a trail run! Lots of mountain bikes out. Got a bit of extra mileage in from an “oops” turn early on. Sore ankles but worth it.

My favorite chicken wings anywhere, from Richford Pizza Plus. Yummo

6 posts were split to a new topic: Long Loomis company?