Use this topic for posts to collect “Community Stars” for the Long Loomis course.

Here’s how it works.

To pick up a community star, replace this text with something like a write-up of how your run went, a photo you took on the run, or a link to your Strava track. If you only want to share how you supported a local business, delete this Story header and text.

For another community star, if you got breakfast or a snack, or supported some other local business associated with your run, replace this text with the details about what and where! If you only want to share your story, delete this Shop Local header and text.

Thankfully there was no snow on Hammond Hill despite flurries in the Ithaca valley earlier in the day. The trails were mostly dry and all runnable. I tried out the RunGo App directions here and they worked great. We just need to adjust the text so it says to start and finish at the signpost instead of the Hammond Hilton. A downed tree on Y4 May need to be chainsawed prior to Thom B, although it’s easily passable for long-legged dudes such as myself.

I grabbed a pre-run drink at GreenStar on the way out of town since I had to go there for the ATM anyway. In the way home I detoured to Wegmans for groceries. I guess these count, right?

I tried out the RunGo App directions here and they worked great. We just need to adjust the text so it says to start and finish at the signpost instead of the Hammond Hilton.

I should recreate the instructions, though, so we don’t cause any confusion given that much of the naming and verbiage refers to snowshoeing.

I took care of it. RunGo | Long Loomis (FLRC Challenge Course) | Freeville I also eliminated any mention of the Challenge from the RunGo routes for last year’s courses to eliminate any confusion. I kept the old ones public though in case anyone wants to revisit them. We should try to get the 2022 courses on there sooner rather than later.

After the group run I headed over and got this course done. It wasn’t nearly as busy as I thought it would be, and it was definitely getting hot. Barely any shade on the course yet. I’m glad for a shorter trail course to work with this year. (This is also why the group run pictures were posted late…) 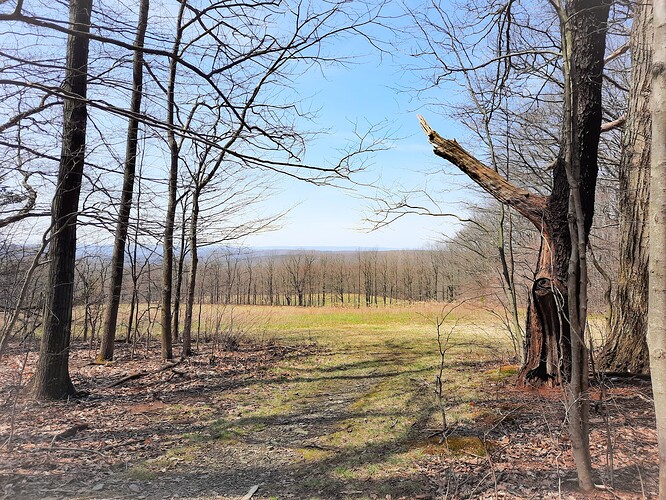 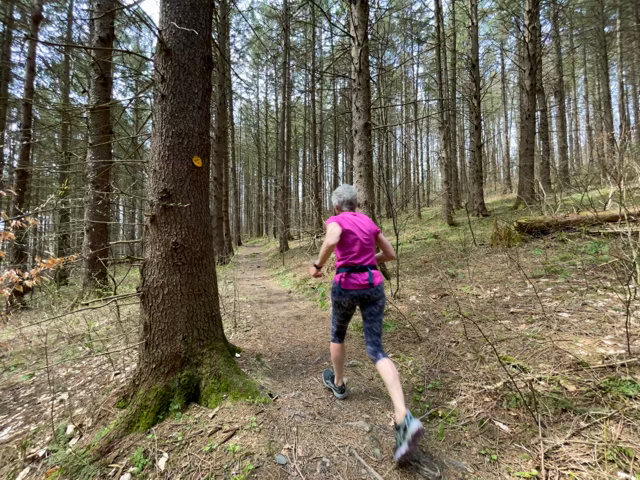 Beautiful day for Anne S. and I to run the Long Loomis course. We were out there with just the birds, saw one other person on the trail early on, then only us. Nice day for a run through the woods! 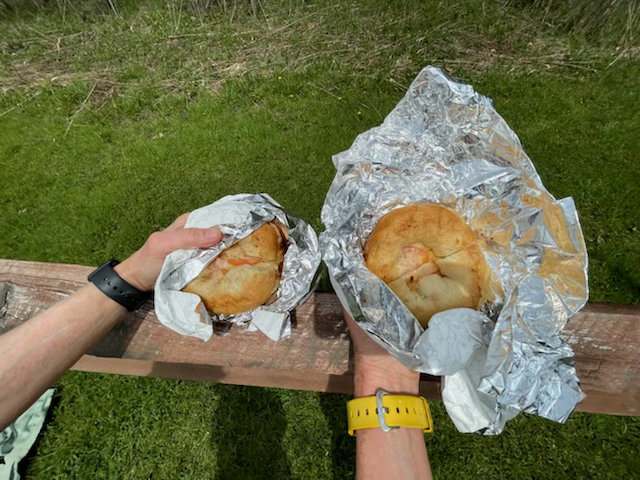 Brought sandwiches from Ithaca Bakery for a picnic at the end of the run!

The trail conditions were perfect today (50 degrees, dry, and only a little mud, which was easy to run around) and the company on the group run was great! Made new friends and didn’t get lost, thanks to the excellent RunGo directions turned up full volume in my pocket!

Headed to Wegmans afterwards to replenish all my favorite fuels, including bananas, gluten free bagels, and frozen fruit for protein shakes.

Nice cool, not sunny morning for a group run. Super fun to run with so many old and new friends. Run Go directions kept on on course, for which we are all much obliged.

We stopped at Bigsby Market on the way home to buy some hanging baskets for Mother’s day. While there I couldn’t resisted adding some extra packs of flowers and veggies to pop in my garden. Saw Tonya stopping in on our way out. Great minds think alike! 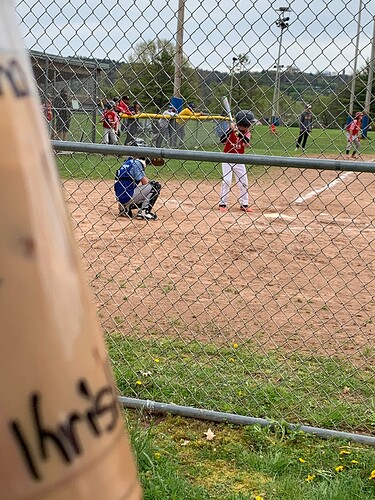 Great, cool weather for a group run! Hiked with Jami who kept me honest on the hills. I really like that course!

Had snacks from a local grocery store after the run.

Head over to the group run thread for pictures!

First run of this year’s Challenge for me and also “leg check” after running the Brooklyn Marathon on April 24… happy to report that the legs are ok and that I did not fall (although I am quite impressed by the people who fell, stood up right away, and kept on running! Such perseverance!). Thanks so much to @kristina.harrisonsav for the ride, to @heathercobb3 for the snacks and to everyone else for the company and for helping me not to get lost! 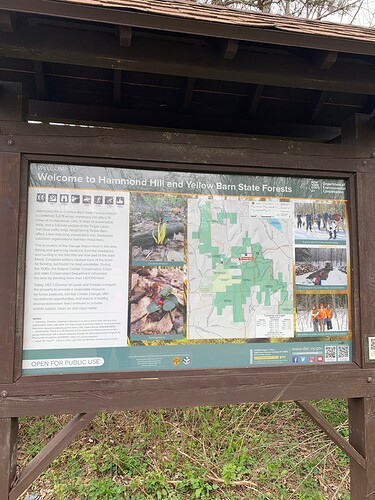 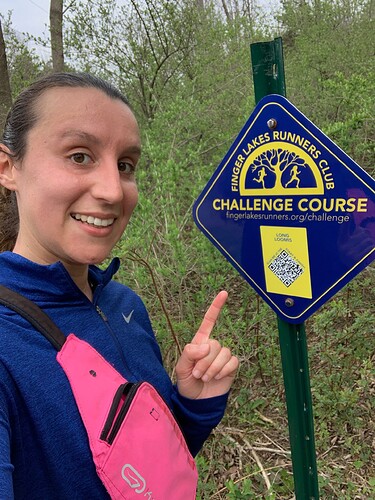 Really fun group run today! The first few miles of uphill were brutal on my tired legs, but I enjoyed talking with Patrick Boyle along the way. We caught up with @aaron.proujansky1 and @lizhartman mid-course and hung together for the rest of the time, which was great fun. Got to take a finish photo, too! 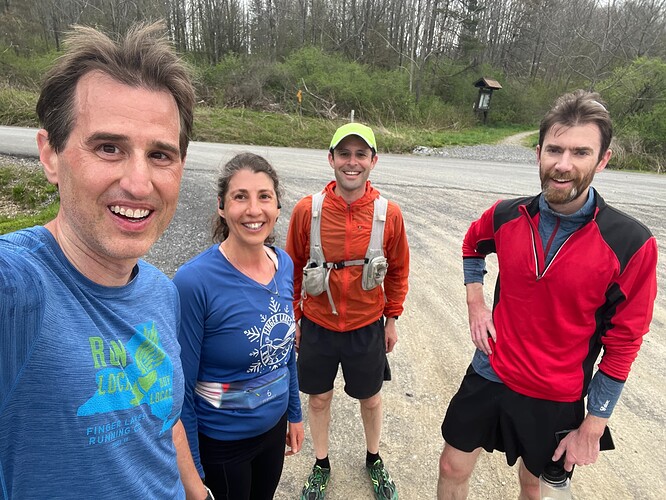 @amy-dawson and I did an Emoticakes delivery to Seneca Lake after getting cleaned up. Enjoyed a delicious hazy beer at Lucky Hare before heading back home for lunch. 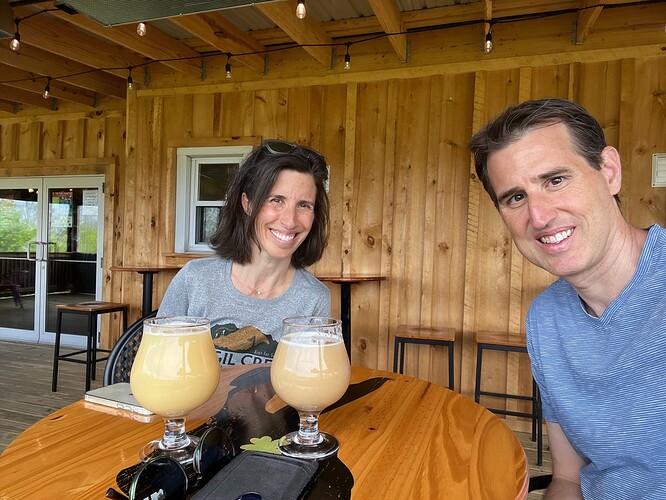 The woods were fantastic today! No bugs, no excessive heat, no excessive cold, minimal mud. Also good company. The hill at the beginning of this run is a big one, but thanks to the Wednesday night winter snowshoe outings, I knew what to expect – walking!

I met @adamengst at Bigsby’s after the run and we picked out gifts for our mothers. I also picked out Mothers Day flowers for myself. Tristan had been giving me the same Mothers Day gift/project since forever - buying annuals and planting them in the window boxes. He’s now in Vancouver getting a PhD and I am so proud of him for moving forward with his life, but this is my first Mother’s Day without him. So, I will carry on the tradition and plant them myself! Here is a photo of the flowers. 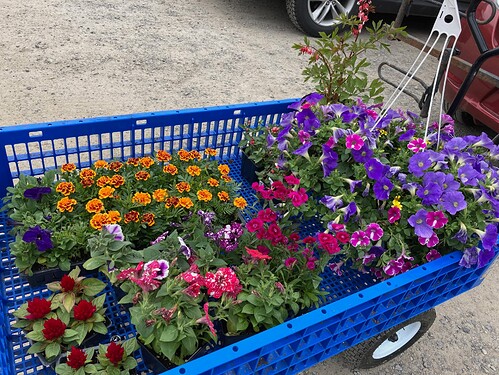 Group runs are the best! Thanks for thinking to take a photo!

The Run Go directions are excellent for this course! It makes me so excited for next winter for XC and makes me happy that I will most definitely be able to come here alone if I want to and not get lost. Eventually, I think I may even be able to run it without directions.

I enjoyed running this course mostly with @kristina.harrisonsav today. I’m really having a lot of fun meeting new people on the group runs! I only fell once and got a surface cut on my leg that bled like crazy but was really not that bad.

@scottpdawson and I drove home and cleaned up really quickly, grabbed cupcakes to deliver to Finger Lakes Distillery on Seneca Lake and hit Lucky Hare for a beer. We had planned on ordering food, but they didn’t open until 1 so we just had a hazy beer and looked at the lake. 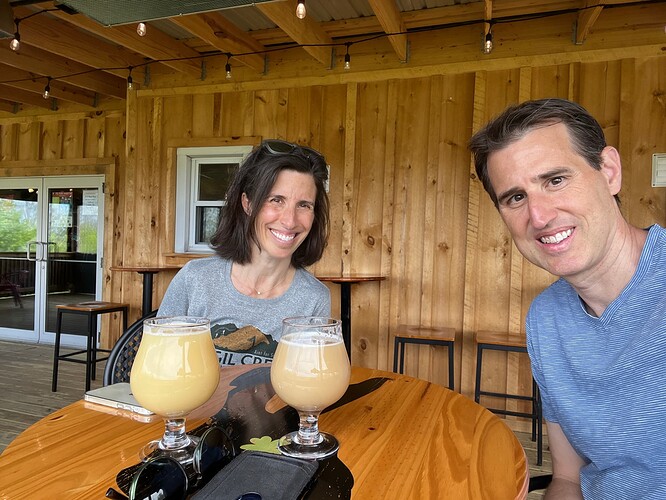 A post was merged into an existing topic: Beebe Lake Star Posts

What a perfect morning for a trail run. I didn’t sleep well last night, so got a much later start than desired, but it worked out because it was still chilly when I arrived…I even switched to my long sleeve, which was a good decision and welcome change from 97 on Saturday. Cool but bright on the trails, with the new leaves blocking most direct sunlight. Ground was mostly dry, with a couples exceptions from yesterday’s downpour.

I find this course much easier to navigate than Thom B, maybe because it’s all yellow blazes in ascending/descending order (I went counterclockwise), or maybe just not as many intersections to take wrong turns at. Hammond Hill is definitely one of my favorite places to run, so I might make my next go a double!

I needed to put down an 11 miler this week, so I figured I’d head back to Hammond Hill and score a pair of Loomis runs. My goal time was 2 hours, which broke down to 10 minute miles plus 5 minutes at the ol’ Yaris aid station.

I did my first lap counter-clockwise again, and promptly went down on a root pretty hard at about 1.1 miles, just past Carson, but I wasn’t going to let that set the tone for the rest of the morning. Saw Jilene blow by me in the opposite direction at about 2.8 miles, en route to a 47 minute finish, and one pair of elderly hikers, but other than that the trails were all mine.

I came in to the aid station pretty hot, given the 2 miles of downhill I was just coming off of, and I wanted to keep that momentum, so I dumped some water on my head, chugged as much Gatorade as I could, grabbed a banana for the road, and back out for round two. 72 seconds, which I soon regretted once I started heading back uphill again – should have given myself another minute or two to chill and rehydrate more. I also hate ripe bananas, but mid-run, can’t waste energy on chewing!

Second lap was fairly uneventful, until I hit the wall a little past 10 miles. Within a few minutes though, my pace had picked up again for the last mile, as the adrenaline from the very fresh bear evidence (definitely not there on the first lap) helped me get back to the car ASAP.

Upon changing back at the car, I noticed a pair of hitchhikers on my shoulder. 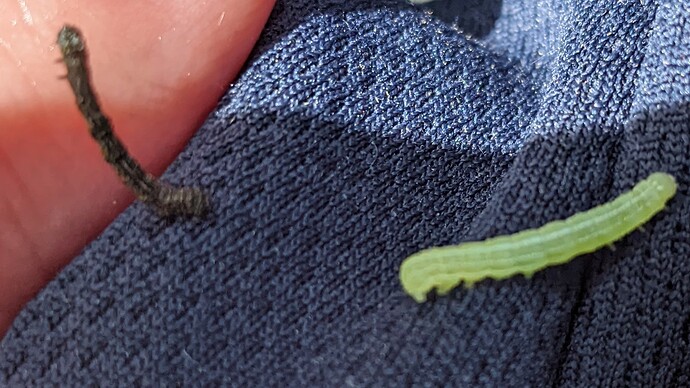 All in all, another nice morning on the trails. I ended up 1:55:20, which was 9:55 pace including the aid station, which is right where I want my 50K to be – I just need to do what I did this morning 2 more times back to back…not daunting in the least!

During last year’s Challenge, I lamented to someone (maybe Mickie?) about wanting a shorter trail course to really hammer on my trail running training. I always felt I had to hold myself back on the longer courses so I wouldn’t blow up at the beginning and then death march it in at the end. While Long Loomis isn’t as short as I would like (hint hint maybe a 3 miler next year??), it has just enough ups and downs to really challenge a person.

Coming off of an injury that’s been haunting me since last December, I haven’t been doing much more than power hiking and bombing downhills, so I went out today with the thought of pushing myself to see just how fast I could run it.

More pictures can be found on my Strava, but here’s one of my favorite parts of the trail. I can’t help but be awestruck every time I run though it and think about how lucky I am to live and run here. 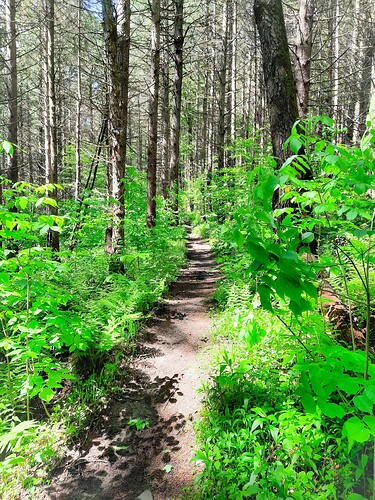