Happy Friday, @Challengers! We’ve crested the peak of the FLRC Challenge mountain, and it’s all downhill from here, with two months left to go. There’s still plenty of time to sign up for and complete the Challenge!

Twenty-seven people have now claimed their finisher medals, with 71-year-old Steve Ryan incrementing his oldest finisher record by one from last year, when he was also our oldest finisher at age 70. However, he may have competition this year, with 71-year-old Tom Wilson and 72-year-old Larry Lepack in the Challenge—Tom still needs to post a run, but Larry is four courses in. Other finishers this week include Tristan Lambert, Yvette de Boer, and Jilene Demont—impressive running, folks!

We have lots for you this coming week, starting with our first partial Lick Brook & Treman FLT group run on Saturday at 8:30 AM. Join me and @tonya for the 4.5-mile traverse up the Lick Brook side to King Road and back, and if you’re feeling energetic, feel free to continue on for the Treman side. I’ll have FLRC Challenge shirts, so if you ordered one, come and get it.

(Tonya and I aren’t organizing a Sunday group run this week due to needing to help a fellow Challenger with a major construction project. But don’t let that stop you from posting an afternoon ice cream run at Lansing Center or Inlet Shore.)

Then, for anyone who needs a Sweet 1600 or wants some supportive structure for improving their time, please join us at FLRC’s track meet on Tuesday night, June 28th, at the Lansing High School track. It should be a lovely evening to run, hang out on the infield, and cheer for everyone on the track.

After a week of stagnancy, the leaderboard saw three notable changes. Jilene Demont moved from third to second for Most Points for women, last year’s Most Points winner Adam Pacheck climbed into second for men with one course to go, and Yvette de Boer rocketed to second in Age Grade. But Adam may have some competition from newcomer Adrian Haws, who has first-place times on East Hill Dryden Rail Trail and Jim Schug Trail. 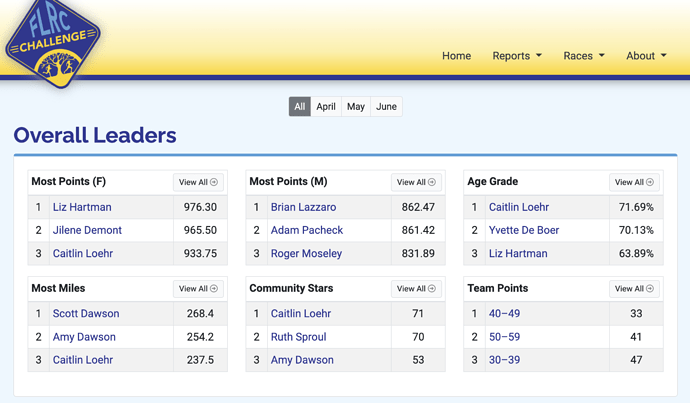 As a group, we roared back with nearly 770 miles this week after a couple of lower weeks, bringing our total to over 7200 miles. This week also marked our first 1000-mile course, with this year’s runaway favorite, Beebe Lake, hitting 1029 miles. Next up may be Taughannock Rim & Falls, where Scott Dawson and Amy Dawson are working to ensure they win that course sign at the end of the year. (Did I not mention that? Run the most times on any course and you’ll take that course’s sign home with you at the award ceremony. Turnaround signs will go to the second- and third-place finishers as appropriate.) 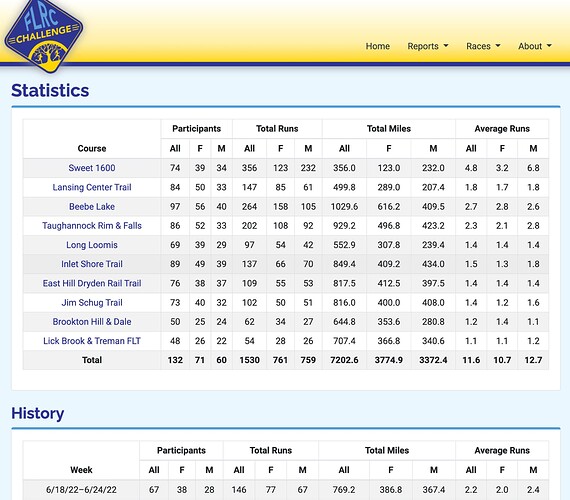 Finally, the Inlet Shore Trail brought out the best photos of the week, with the Queen of Team Ice Cream, Benedetta Carnaghi, modeling some whipped cream, and Caitlin Loehr enjoying a “Mother and Child Reunion” with her son Kieran. As the song says, “Oh, the mother and child reunion is only a motion away.” Paul Simon was clearly thinking of 10K training. 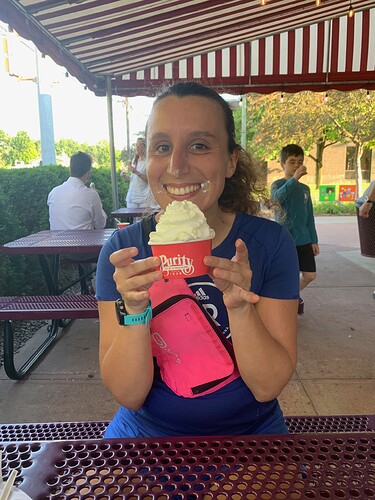 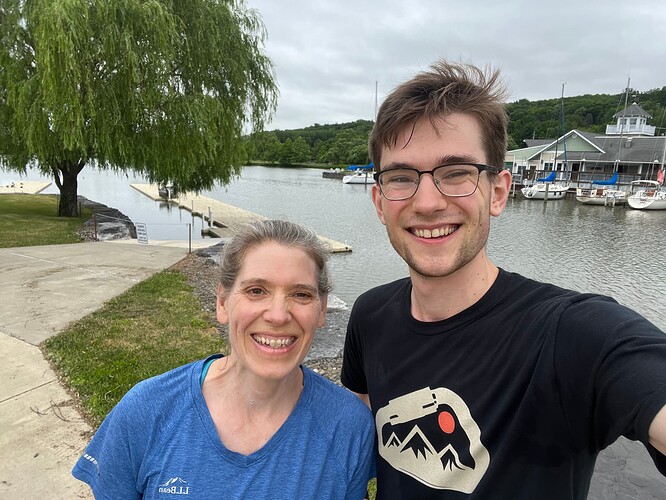 Until next week, keep pounding the pavement and traversing the trails!