With six weeks left to go, the FLRC Challenge team competition is heating up again! Last week, the @Fantastic-40s had a 5-point lead, but something must have been in the water for the @Fabulous-50s, who moved into a tie for first. It’s a battle of opposites—the @Fantastic-40s are way ahead in Most Runs but trail in Age Grade, whereas the @Fabulous-50s are winning in Age Grade points but lagging in Most Runs. 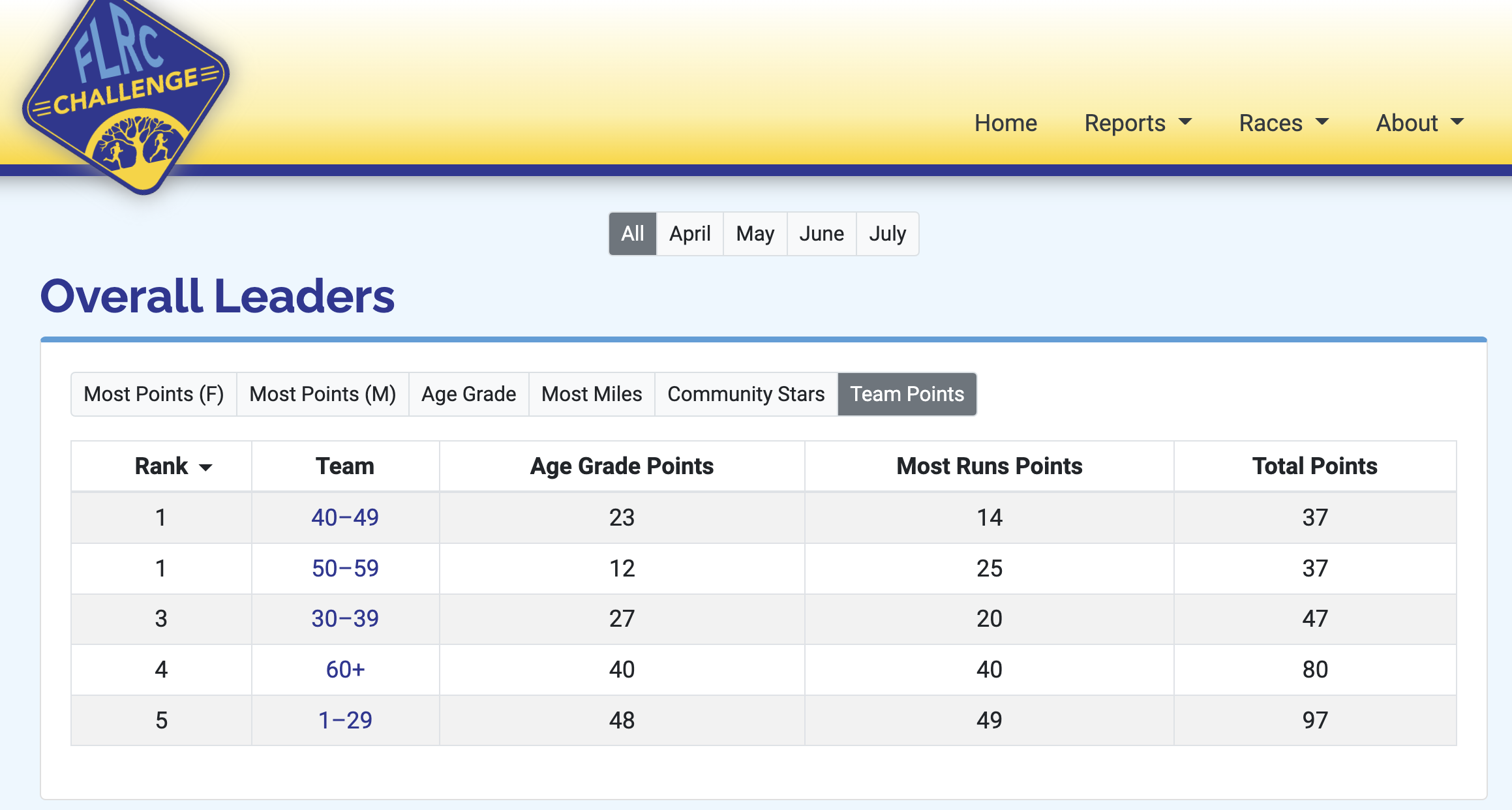 This week also saw two completions, from Gill Haines-Sharp and Aaron Proujansky, both of whom used their final courses to claim their medals and move onto the leaderboard. Gill bumped Liz Hartman out of third place in the Age Grade competition, while Aaron supplanted Roger Moseley in third for Most Points for men. Liz also took advantage of Caitlin Loehr being on vacation in the Canadian Rockies—close to bears but far from tracks—to move into third place in Most Miles. And we saw a swap in first and second places in Most Miles, as Amy Dawson took over the lead from Scott Dawson. 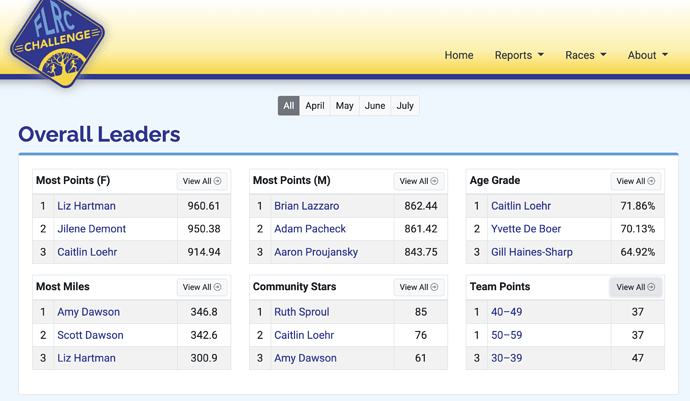 I’m betting that none of the overall competitions are sewed up yet, with last year’s Most Points for men winner Adam Pacheck still having one course to complete and the Most Points for women winner Margaret Frank being too busy running Cayuga Trails 50 and Finger Lakes 50s to record any Challenge runs yet. Plus, ultra-specialist Pete Kresock is only about 100 miles behind in Most Miles, and I wouldn’t bet against him logging some big weeks plus an FLRC 100K Ultra Challenge day to make up ground.

Overall, we’re closing in fast on 9000 miles—it could fall by the weekend—and the Inlet Shore Trail became our third 1000-mile course after Beebe Lake and Taughannock Rim & Falls. We’re running way more miles than last year, with an average of 735 miles per week, up from 517 in 2021. Impressive numbers, even though only 135 people have logged at least one course so far, compared to 164 at the end of last year. 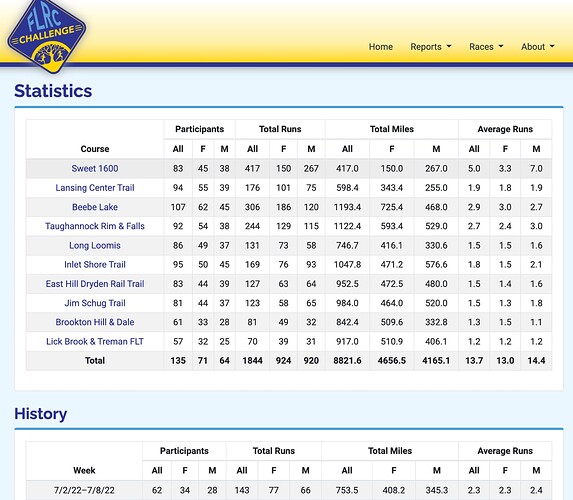 If you need some miles this weekend, the main group run is tackling the longer section of the Lick Brook & Treman FLT course on Saturday at 8:30 AM, with post-run scones, watermelon, and socializing at the home of Verity Platt and Roger Moseley, who live right near the trail. (Plus, a few people are starting early to do the shorter section first and then join the group run.) But Rachel Neugarten, who has already completed Lick Brook, and Abigail Crites are running the Brookton Hill & Dale course at a 10-12-minute pace with an 8 AM start if that’s attractive instead. Lots of options!

Remember, FLRC Challenge shirts are in, so if you ordered one (I have the list, so just ask if you’re not sure), find me at a group run or other event to pick it up. The same goes for the FLRC racing singlets, which came in last week.

Finally, the photo of the week comes from Benedetta Carnaghi, who despite being Italian and in Canada at the time, rocked the most patriotic dress I’ve ever seen for the Fourth of July after running a speedy 6:46 Sweet 1600 while in Ottawa. 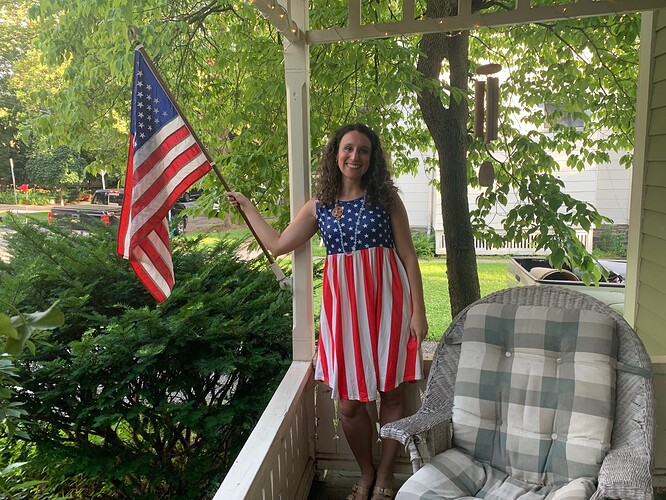 See you on Saturday, and until next week, keep covering the ground.