New Route: Run a new-to-you trail or road course, and tell us where, or post a Strava link or screenshot of the GPS map.

So, I wanted to combine the routes differently to create a little drawing with the resulting Strava map. I’ve always loved looking at these forms of Strava art: Strava Art - How to Create the Best GPS Art

In the meantime, I was also doing the MITHACAL MILERS workout, so I was probably a bit too ambitious with this run… the result is pretty pathetic and I only realized afterwards that I was missing my arms 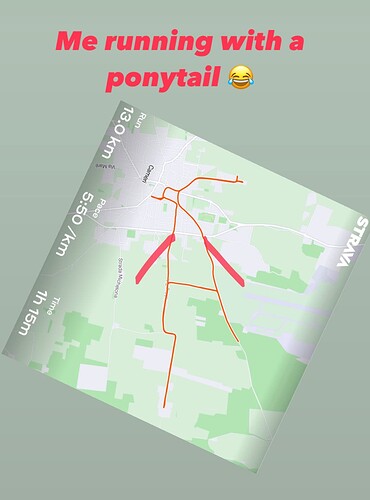 It was also my first time doing a MITHACAL MILERS workout on this route in the Italian countryside. Roads not as smooth as the track in Barton, but what a stunning view of the Alps! 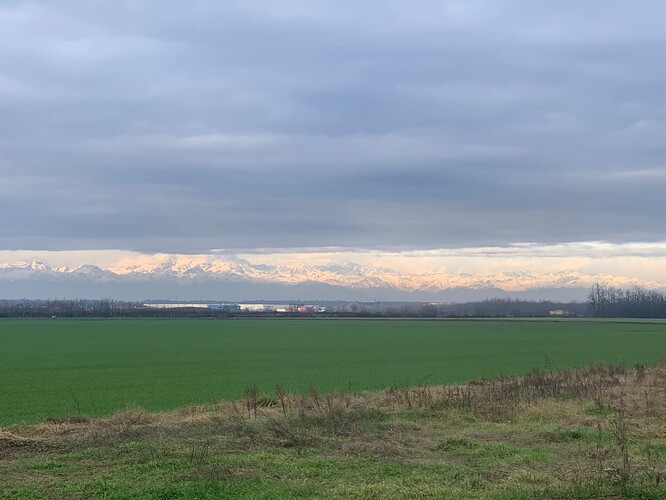 And one more bingo for me! 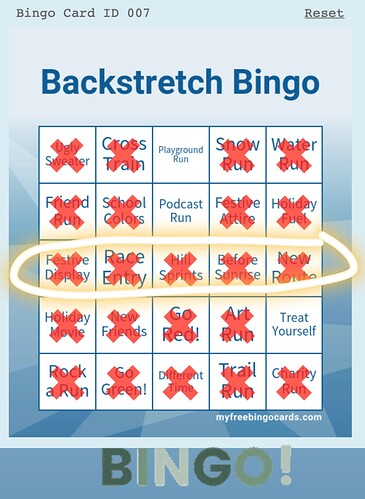 Wandered around a new section of the foothills this morning with Sam. We took at least one wrong turn that led straight up a rocky path to a dead end on top of a knoll, but gave us a great view of the parking lot down below! you really can’t get lost in the foothills because it’s a wide open space and you can almost always see where you came from (: 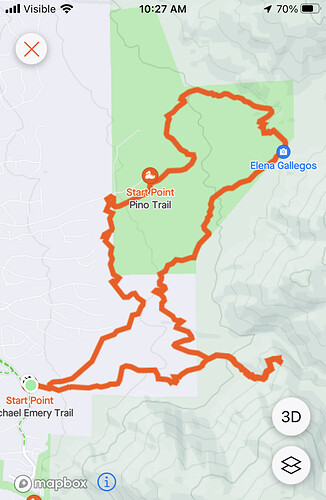 I ran some less traveled little roads in Cayuga Heights to make a new route. Found a dead end hill that would be good for hill reps. And finally got bingo! 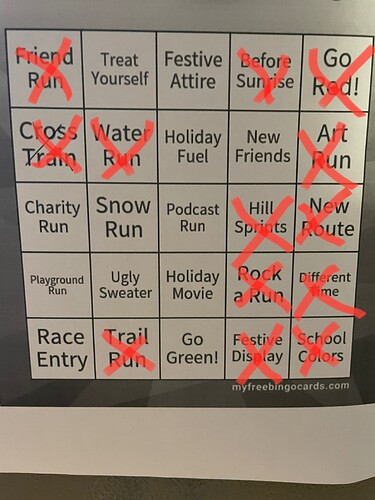 I know what hill you’re talking about, and it is a beast. Would definitely be good for hill repeats!

Saturday Erica was starting to show me the Tuesday night snowshoe route at HH so I could follow the tracks later in the evening (I’m home late that day!). Apparently zero degrees is the temperature at which Velcro fails so we were fixing poor Annie the dogs boots what felt like every 1/4 mile. Then there was a collective knee deep break through the ice into the ‘ponds’ on Hammond hill Road. It would have been catastrophic if it wasn’t for SealSocks. We ended it short because it was so cold Annie really needed the boots but… the constant stopping…Annie’s poor frozen feet… Next time the full route, but for now, still a new route! 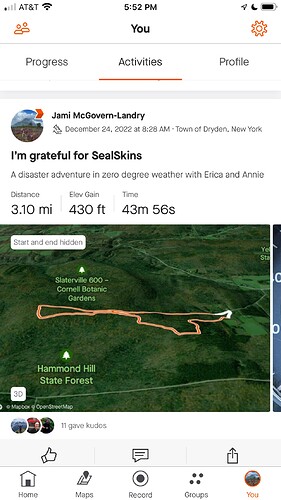 I signed up for CityStrides (citystrides.com) recently as a way to encourage myself to vary my routes. Plotted out this one and ran it today to knock off several streets in Fall Creek I had never been on. Footing was surprisingly bad with a lot of sidewalks still uncleared: 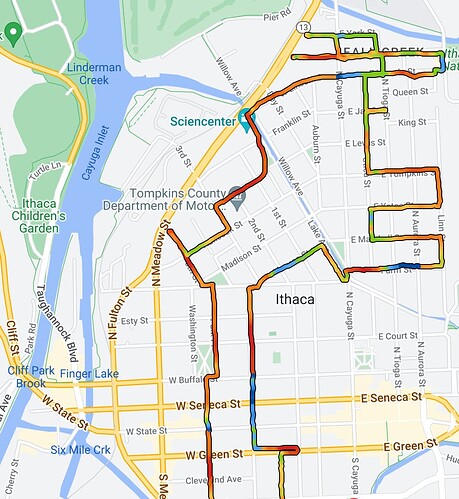 With this, I have my first bingo! 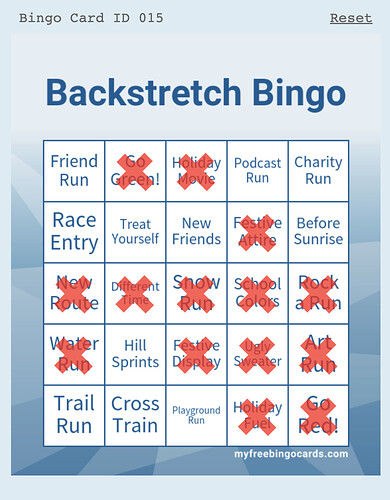 Even though this event is technically over (I think? I don’t know, I don’t even know what day of the week it is today), I do what I want so here is my submission for a new route and also another bingo. 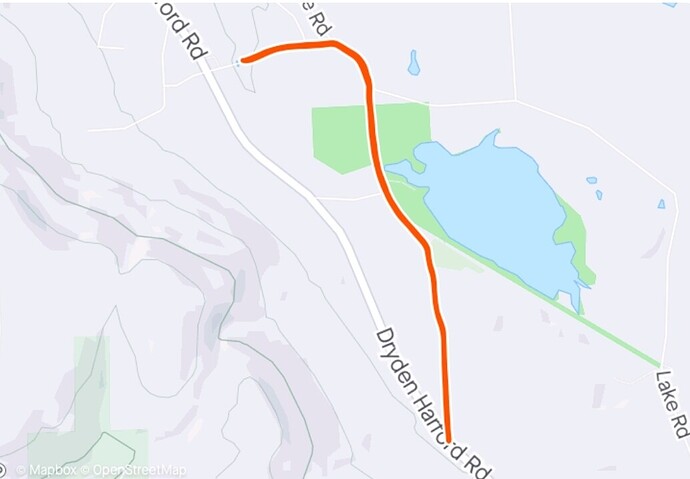 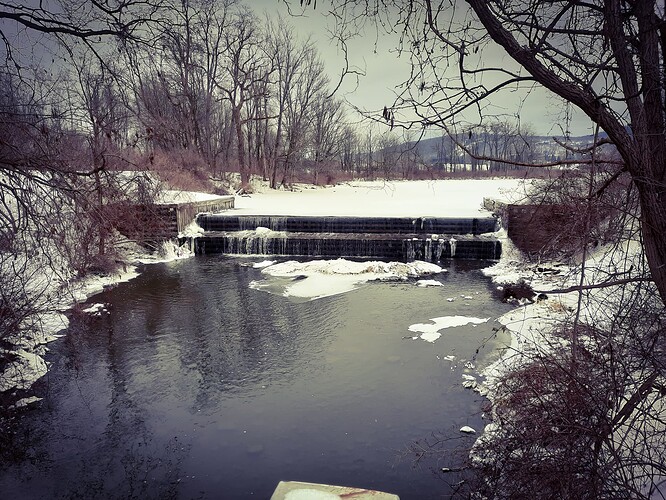 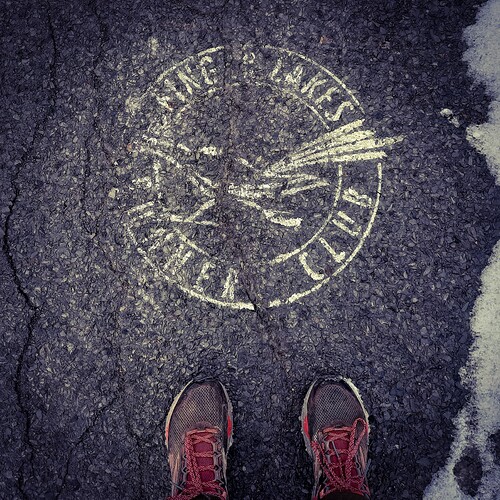 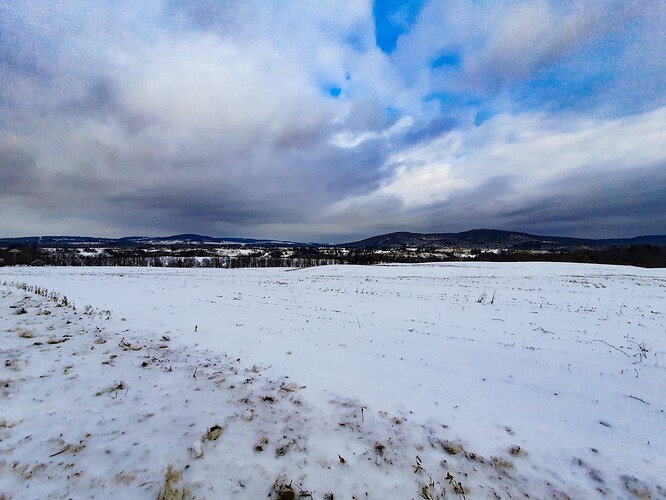 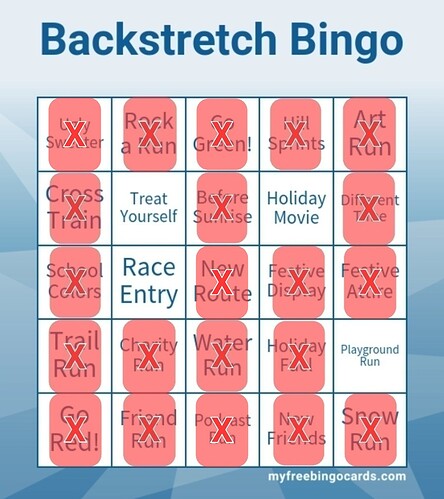 Last long run of the year and I decided to do Black Diamond from the Children’s Garden to Taughannock Falls and then ran up Falls Road and Cemetery Road to get to Trumansburg. The T’burg section was new for me. Black Diamond was overall in good shape and even for the last 20% heading north that still had ice it was pretty easy to be an artful dodger and navigate ok. All the best to everyone for a great new year’s and an awesome start to 2023! 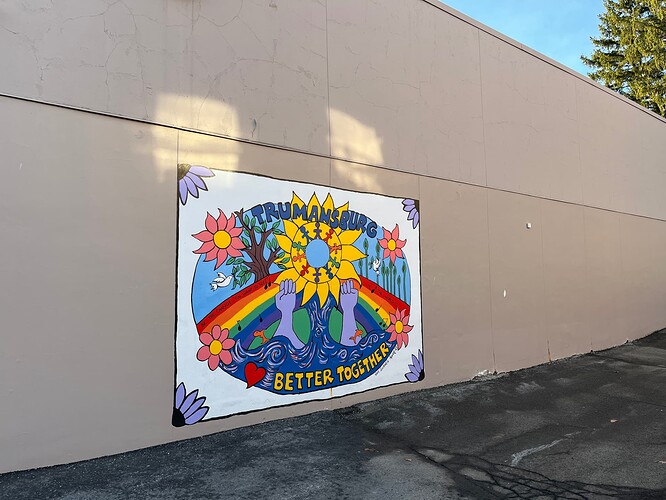 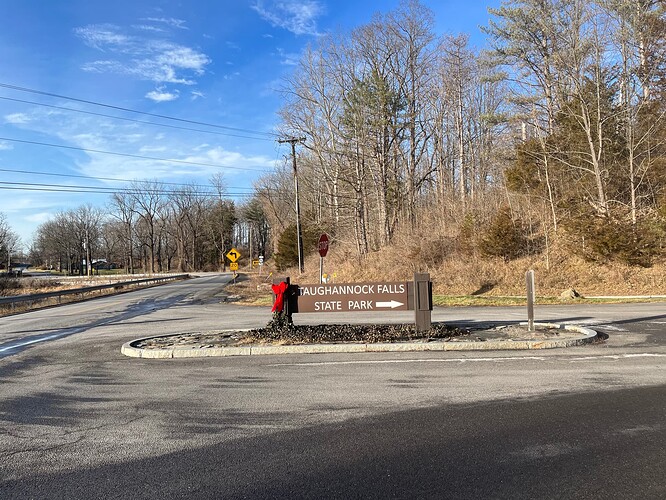