Go Green! Devise a workout that supports the environment and explain how in a post.

This afternoon, Ben and I will run the It’s A Wonderful Run 5K in Seneca Falls. To make it “green,” I just made a donation to the Seneca Falls Recreation Boosters. Hopefully, it will help maintain parks, playing fields and playgrounds in and around Seneca Falls 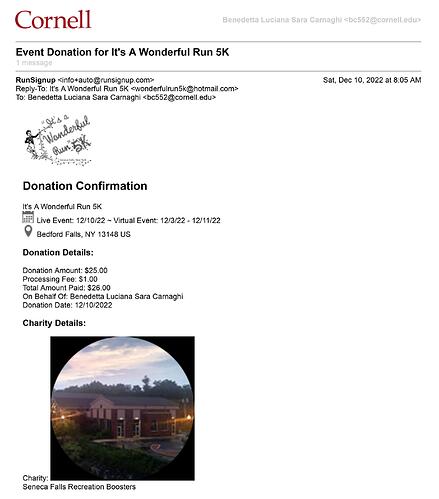 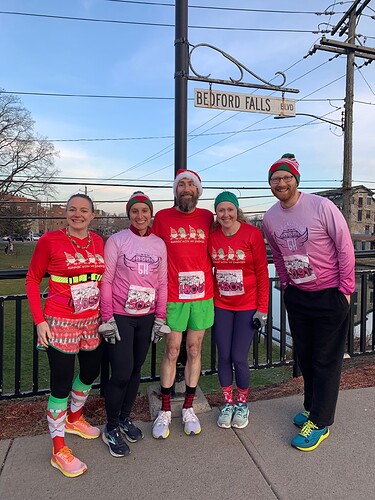 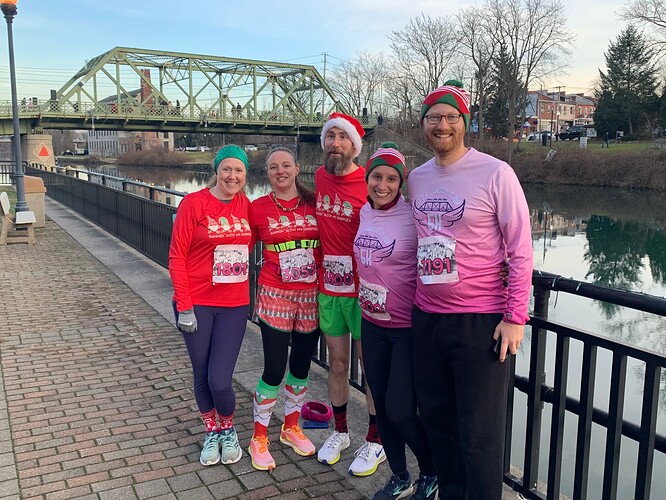 Greetings from the Ithaca crew at the race!

I love those Running with my Gnomies shirts! So cute!

This might be a stretch, but the jacket I’ve been wearing this week is second-hand, and most of my gear was purchased second-hand or traded for.

It’s a red Patagonia tech fleece, discovered on eBay for a hefty discount because it has white paint splatters on it. I was able to use rubbing alcohol to remove much of the paint, and the splatters that remain give it character.

I believe there is already so much gear and clothing in circulation. Buying fewer items and/or gear that is secondhand lessens the demand for petroleum-sourced plastics on the front end, and landfill space on the back end.

In the past I have also done a few Tuesdays for Trash runs, collecting neighborhood trash into a plastic bag along my route. Given the frequency with which people like to toss their coffee cups, I should probably do another, though sometimes it’s difficult to stay positive when you pick up all the trash and a week later it’s all back again. 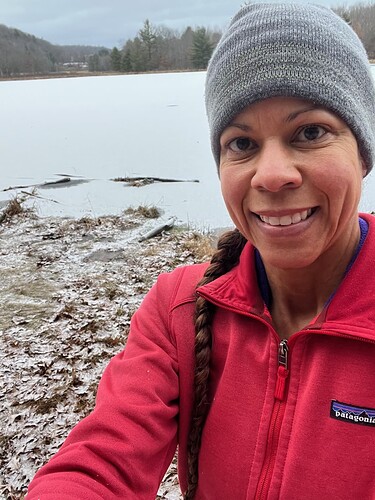 A post was split to a new topic: Picking up trash on runs

To jump on @buhillrunner’s post, I also have been wearing some secondhand running staples: a $15 Columbia jacket from Plato’s Closet that had a hole in one pocket which was easy to mend, and a pair of repurposed sock mittens that developed holes after being used as, well, socks for a few years. Trash is less common in the foothills, but forgotten dog poop bags abound! Sam and I picked up a couple such bags today on our way back to the car. There is no poop fairy!!

I love this @gplwoo. And I agree, Plato’s Closet has some stellar deals, especially on winter gear this time of year. I have found a few keepers there too and the carbon footprint is less, without items having to be shipped.

I have seen the occasional poop bag around here but haven’t been brave enough to pick them up!

Ironically, owners who bag poop and leave it only make something biodegradable, unbiodegradable.

I have seen the occasional poop bag around here but haven’t been brave enough to pick them up!

Haha, I only pick them up with gloves on or a second clean bag around my hand whenever possible

Being a vet makes me more suspicious of poop, not less… trying not to think of all those lovely infectious diseases that could be in my hands while running to the trash can!

Gosh, then I have to give you even more credit for cleaning up your routes. I appreciate what you do.

Part of my route today (and nearly all my runs in winter) was on the Cayuga Waterfront Trail. I saw @Benedetta_Carnaghi (hi!!) and followed her lead by giving to the Friends of Stewart Park when I got back: 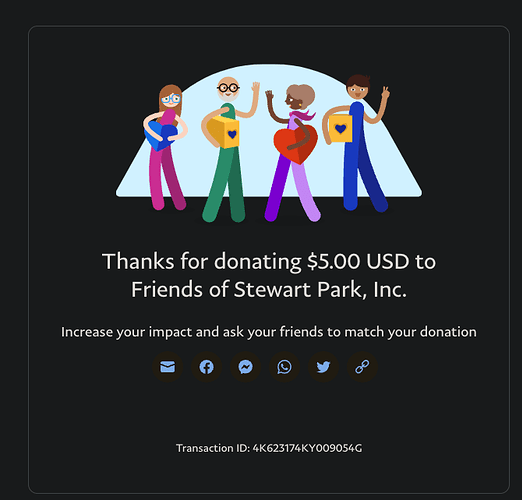 And speaking of secondhand and repurposed run gear, am I the only one who wears old pairs of daily-wear wool socks as running socks? I do have a couple pairs of purpose-bought wool running socks, but TBH midweight hiking socks from 2009 work just as well!

I do too. In fact, I have three pairs in circulation that my husband passed on to me when they didn’t fit him right! For me, they’re great in the winter for keeping my feet warm!

Today I ran to return my overdue library books rather than driving!

Amazing @amalia! Way to go! (Also, well done for having a headlamp

I really need to get myself one of those…)

I ran to and from the gym this morning instead of driving in. While it started off a little chilly, the sun warmed this up nicely. On this run, I finished out both diagonals on my bingo card. 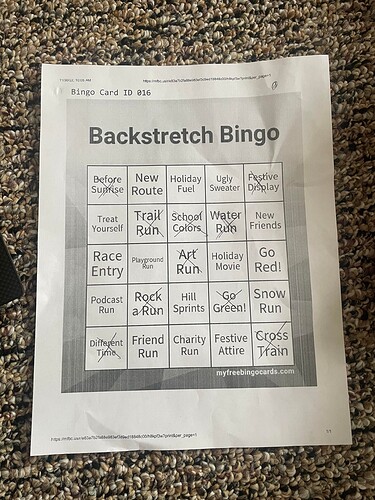 I brought a water bottle to Saturday’s group run (though I unfortunately couldn’t partake of the egg nog). 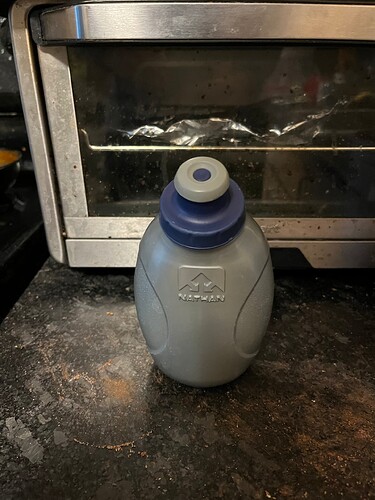 I picked up and discarded a full dog poo bag during my run on the East Hill Rec Way this morning, less than a 10th of a mile from the garbage can. Also saw @Iris while I was out there! 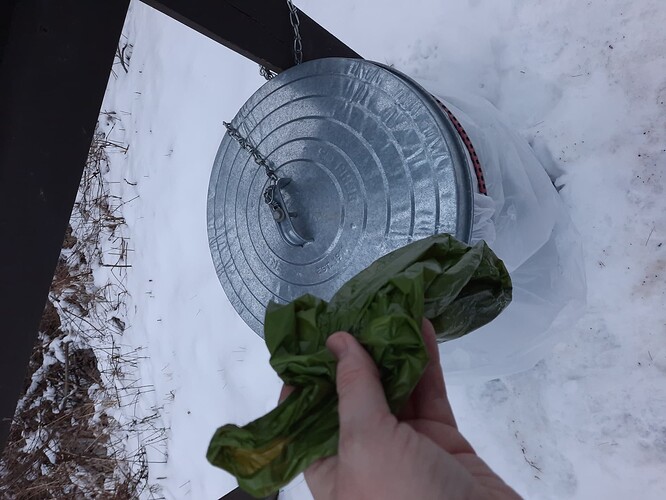