Two days left, @Challengers, and we’ve blown past the initial goal of 13,000 miles and the stretch goal of 14,000 miles. As of today, we’re at 14,164 miles, and given the runs I know people have lined up for the weekend, it’s not inconceivable that we could break 15,000 by midnight on Sunday. To accomplish that, we ran over 1,400 miles in the last week—I’m seriously impressed. That breaks last week’s previous record by 236 miles. And Long Loomis finally exceeded 1000 miles, leaving only the shortest courses, Sweet 1600 and Lansing Center Trail, under that number. 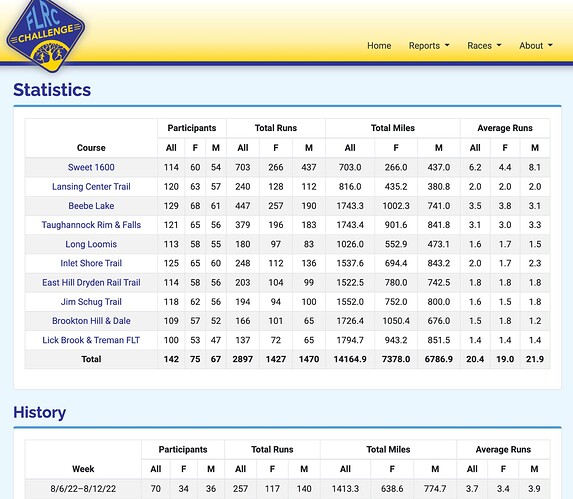 The other big excitement has been the Team Points competition, where the @Fantastic-40s led most of the year, only to have the @Fabulous-50s catch up recently, trading the lead back and forth repeatedly over the past few weeks. Just last week, the @Fabulous-50s were ahead by 4 points, only to have the @Fantastic-40s regain the lead by 1 point mid-week and have those positions flip-flop in the last day thanks in part to Tonya Engst running a 2-minute PR on the Beebe Lake course, one of her fastest runs since her back surgery last fall. Remember, it’s about your age grade, so it’s not the raw speed you run, but how much faster you are than you have been before that helps the team. I wouldn’t count the @Thundering-30s out either—they were tied with the @Fantastic-40s just last week. It’s not over until Webscorer shuts us off at midnight on Sunday. 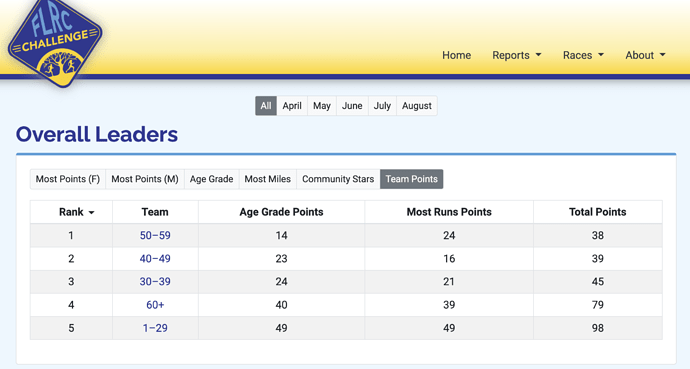 And just to be clear, remember that there’s a new rule for 2022:

No Hoarding: Although it’s entirely acceptable to record times for later posting if you’re just lazy, you may not hoard and later release efforts for competitive reasons. In other words, no dropping a bunch of previously recorded runs all at once to change leaderboard standings.

A few things changed on the leaderboard this week, with Gill Haines-Sharp taking over third place in the Age Grade competition from Jean-Luc Jannink. Also, Crosby Woods, by virtue of completing his final course today, catapulted into second place in Most Points for men, pushing Mik Kern into third and Roger Moseley into fourth. 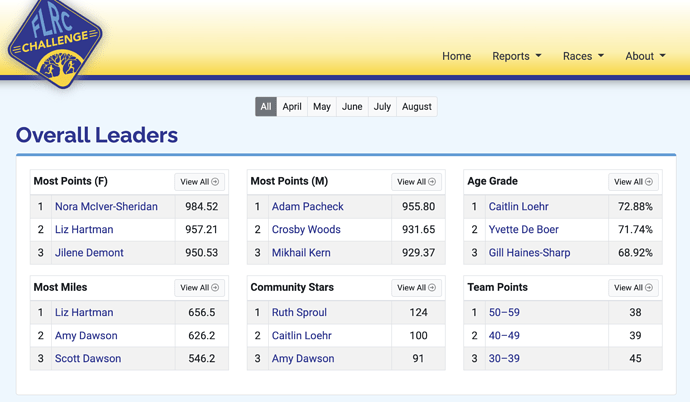 We had a bunch of completions for the week, unsurprisingly, bringing us to a total of 86. Congratulations to everyone who made it happen, including Kerry Demarest, Mary Howard, Jessica Daily, Aaron King, Sten Anderson, Michelle Dardia, Josh Brockner, Caroline Brockner, Kim Jackson, Brittany Cronk, Kuwanna Dyer-Pietras, Adrian Haws, Charlie Hale, Tyler Wright, Patrick Milano, Jim Hodges, Xander Dawson, Philip Gabler, and Crosby Woods. Also finishing this week was 6-year-old Simon Woods, whose goal was to run the six shortest courses, culminating with the roughly 6-mile Inlet Shore Trail. Kudos to Simon (and his mother, Michelle Woods, for encouraging him)! 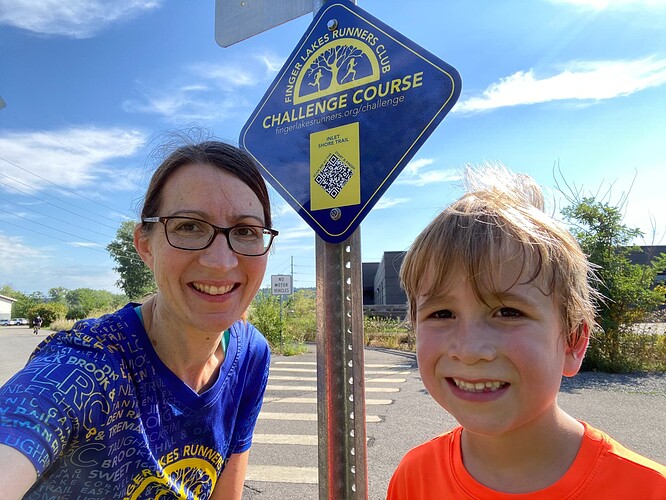 The story of the week goes to Patrick Milano, who notched his 100th Sweet 1600—roughly 25 miles on the track!—in a Triple Cities Runners Club track meet and commemorated it with a description of the race as a four-act play. Our other photo of the week comes from Kristina Harrison, who figured out the best way to finish the Lick Brook & Treman FLT course! 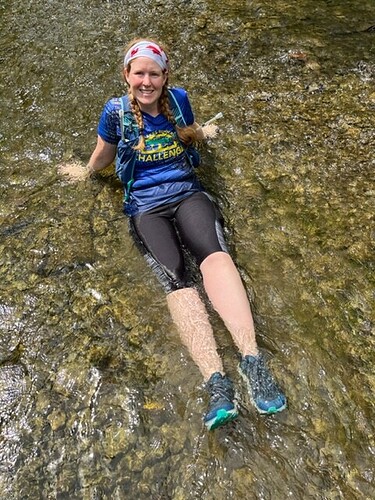 Remember, we have FLRC Challenge group runs set for Saturday at 4 PM at Lansing Center Trail, with Salt Point Brewing afterward, and Sunday at 8:30 AM at Beebe Lake, with hangout time on Caitlin and Jamie Loehr’s house at 25 Fairway Drive after. And of course, we’ll have our FLRC Challenge award ceremony at the club’s Annual Picnic on August 25th.

That’s it for our last full week of the 2022 FLRC Challenge, so see how much ground you can cover in the final two days!